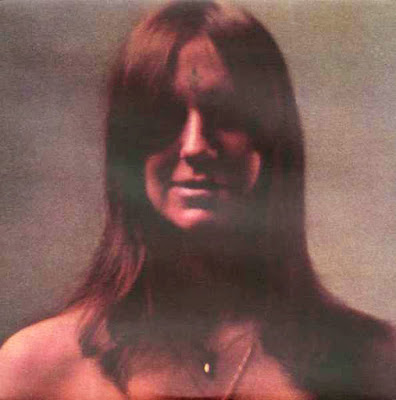 In the Spring of 1966, ESP was given a grant by the New York State Council on the Arts, to tour the five colleges in the state with music departments. Artists for this tour included the Sun Ra Arkestra, Burton Greene, Patty Waters, Giuseppi Logan and Ran Blake. Accompanied by an all star backup group from among the participants, Patty's performances resulted in the album, "College Tour", her second recording for ESP-Disk'. The album expands upon the vocal acrobatics that were heard on her first recording, "Sings". "College Tour" won second place for Vocal Recording in Jazz and Pop Magazine in 1970.

Patty Waters is internationally recognized as one of the first major avant-garde vocalists. Her ESP-Disk' recordings cemented her reputation as a vocal innovator, and according to liner notes and public opinion, one whose influence extended beyond jazz to Yoko Ono and Diamanda Galas.

Just before Brian Jones mirrored Keef's ghostly otherworldly visions, before Pink Floyd had bulk loaded avant-garde deconstruction into their act, Patty Waters' stage routines cauterised both; screaming blue murder on 'Song of the One', her low-key support at times frightened to pick up any discernable tempo or hit bum notes, 'Hush Little Baby With Ba Ha Bad' her way of marking cursed ground with some whispering spook giving her directions as she staggers defiantly along. Clashing cymbals acting as medium for these spectres, plucked bass notes that sound even less crude than strangely times piano fills, Patty Waters sure as hell believes in total musical experience. There are one or three beings not of this world swirling around Waters, the fact she doesn't need any cues from this world to go into her personal space practically suggests this.
Posted by Zen Archer at 3:23:00 PM 1 comment: 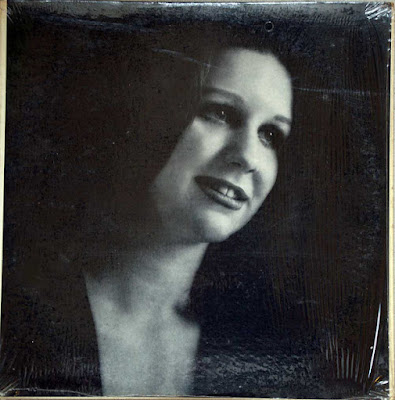 Patty Waters (born March 11, 1946) is a jazz vocalist best known for her free jazz recordings in the 1960s for the ESP-Disk label.
Waters was born in Iowa and started singing semi-professionally in high school. After school, she sang for the Jerry Gray Hotel Jazz Band. Her family moved to Denver and she started listening to Billie Holiday, whose life and singing had a profound influence on her

In the early 1960s she followed the recommendation of friends to move to New York. Albert Ayler heard her in a dining club and introduced her to Bernard Stollman, the owner of the experimental jazz label ESP-Disk. Her most influential albums, Sings (1965) and College Tour (1966) were made for this label.

Her best known recording is a nearly fourteen minute version of the traditional song "Black Is the Colour (Of My True Love's Hair)" (from Sings), which is rendered in a haunting, anguished wail.

In the late 1960s, she spent time in Europe and then left the music world to raise her son (born in 1969) in California. Almost 30 years later she recorded the album Love Songs in 1996 and began performing in public again. This included reunion concerts with pianist Burton Greene at two music festivals in May 2003: Visions Festival in New York and Le Weekend in Stirling.

In 2004 she released You Thrill Me: A Musical Odyssey, a collection of rare and unissued recordings from the years 1962–1979. ESP-Disk reissued Sings and College Tour on a single CD (The Complete ESP-Disk Recordings) in 2006.

My first experience hearing Sings was very late at night, when I was about to fall asleep. The second time was the next morning, when I was barely awake and listening through it again was the only thing on my mind. I will be listening through a third time as I write this, but it will most likely be more influenced by my initial, half-awake reaction.

Patty Waters, as a person, is a bit of a mystery. I had never heard of her until I found out about Sings, and after reading everything I could find about her, I still know very little. In a way, it really adds to the mood of the album, and really, that's the most important aspect of Sings: it has an atmosphere like no other album I've ever heard, particularly in vocal jazz, which is a style that has rarely appealed to me. It usually sounds painfully dated and/or hokey... besides Patty Waters, the only other exception that comes to mind is Billie Holiday (who Patty was apparently quite inspired by). So, naturally when I heard about this album, I was a little apprehensive, but Sings is definitely worth hearing, even if you generally don't care for vocal jazz.

Obviously the highlight of the album is her rendition of the song 'Black is the Color of My True Love's Hair', but I really think one should listen through the entire album. The first seven songs (written by Patty?) are all pretty similar to one another... short (sometimes barely over a minute long), bare songs lying almost somewhere between jazz and a strange twist on folk, in a way. Lyrically, they're a collection of bleak thoughts on love, sung in a soft, almost whispering voice, like she doesn't want the male subject of these songs to find her ("You wonder if he cares... where is he? Does he know I'm here?" - from 'Why is Love Such a Funny Thing'). On all of these first seven songs, she's accompanied by her own piano playing, which is equally quiet and minimalistic, just providing some softly menacing jazz chords behind the ghostly vocals.

In fact, 'ghostly' is the best word to describe this entire album. Just look at the album cover, that reflects the mood of the music perfectly. The first seven songs are all so beautiful and delicate (yet still unsettling), that the silence becomes something of a third instrument along with the piano and vocal. And when each song reaches its oddly abrupt ending, it adds to the feeling that something just doesn't feel right here.

So finally we get to 'Black is the Color...', which takes every underlying fear that seemed to be lurking underneath the other songs and brings it forward without much of a warning. From the very first chord in the song (Patty's unearthly vocals are accompanied by some musicians making equally unsettling sounds in the background) there is an overwhelming atmosphere that takes over. This builds from a whispery tone, similar to that of the other songs, and over the next several minutes, builds and builds until it sounds like an exorcism is taking place. I honestly think this is the only time I've been genuinely frightened by a song. I could go on, but everyone else has talked about the song already, and the song really speaks for itself.

One needs only to look at the titles of the tracks and the beautiful cover art of this record to understand that the mood of these 27 minutes will be bleak, very bleak. At the thematic core are relationship failures, loneliness and despair, all highlighted by the intimate feel of the album. The seven first songs are pared-down, Patty Waters alone with her piano and her voice navigating in melodies with great tension, reaching for risky notes of augmented chords. The second half of is the track “Black is the Color of my True Love’s Hair”. On this one the singer is accompanied by a piano/bass/drum trio for 14 minutes and embarks in slow spiral into madness in which she explores the possibilities of her voice much more than before.
Maybe not for all ears, this record is nonetheless a unique experience. A bit similar to “The Newest Sound Around” from Jeanne Lee and Ran Blake.

Patty Waters was along with Yoko Ono, Jeanne Lee, Joan La Barabara, and Shelley Hirsch one of the major pioneers of expanding the vocalist's vocabulary into an endless cacophonous world of abstract sadness and destructive elegance. After being noticed and praised by Albert Ayler in the early 60s, Patty Waters was introduced to the experimental jazz label ESP thus releasing "Patty Waters Sings", a two-faced traitor that surrounds the listener in an abstruse relationship of neediness and darkness.

The album starts out with the classic "Moon, Don't Come Up Tonight", a minimal and desperate jazz prayer that soothes itself with Patty's delicate singing. The album continues this way for 6 tracks, all of them clocking under 3 minutes (most of them under 2) and all of them evoking sentiments of depression and polished angst. The last track of this album is where Waters shows her true face; "Black Is The Colours of My True Love's Hair" seems to reject the calmness and conformity of the last 6 tracks' mood, it utterly destroys the rest of the album almost as if the vocalist were a different person. It starts out as  aerial and as relaxed as the past 7 tracks but with some dark undertones that haunt Patty's parsimony. Tenebrosity starts to take over at 5:55, Patty sounds like she's being murdered by her own panic and starts chanting "Black" ever so scandalously. The next 7 minutes bounce back and forth between vocal violence, resentful piano playing and Patty chanting "Black, black, black, black" over and over again as if she were exploring and reinventing the definition of this word. By the end of this album we can't ever look at the cover the same way again.

"Patty Waters Sings" is a very dramatic album that is essential for any lover of vocal music and avant-garde music.