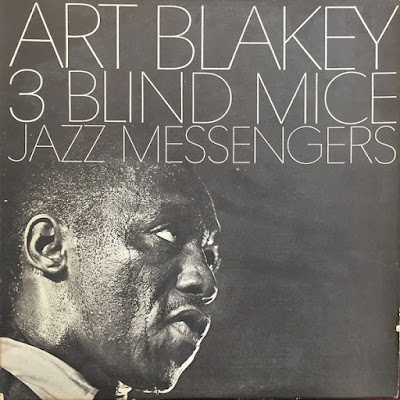 Recorded live at the Renaissance Club, Hollywood in March 1962. 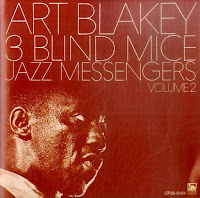 
Art Blakey & the Jazz Messengers rode through the rough waters of significant record label, personnel, and sound changes in 1962. A young Freddie Hubbard took the trumpet chair, trombonist Curtis Fuller was added, and a pre-Miles Davis Wayne Shorter played tenor sax. The richness of these three golden greats of modern jazz made for an intriguing sound, but it was short-lived, as all three left the group for bigger and better things. Where the anchoring piano player, composer, and music director Cedar Walton (who took over for the prolific Bobby Timmons) would sustain the ensemble before, during, and after this live date done at the Renaissance Club in Hollywood, the split melodic and harmonic responsibilities of the front line were not as sustainable as when Hank Mobley or Benny Golson and Lee Morgan were members. Blakey had also left the Blue Note label for this one-shot deal with United Artists Records, which was eventually reissued by Blue Note -- a full-circle deal if there ever was one. So this release, and a subsequent Vol. 2, are significant historically, while musically they're not bad at all. Vol. 1 is a half set of standards done the Blakey way, with "Blue Moon" a ballad feature for Freddie Hubbard and a bouncy, spare treatment of "That Old Feeling" with Walton in the middle of it, while Benny Carter's evergreen "When Lights Are Low" has third-wheel Fuller up front, but cutting the melody short to only the second half of the line, at once clever and disjointed. Fuller's adaptation of the children's song "Three Blind Mice" will always be known as quintessential Jazz Messengers fare, with a slightly soured, off-minor modal approach. The best piece is Walton's "Plexis," an outstanding construct of modal stealth piano propping up the three horns in a demonstrative attitude, with everyone briefly featured. This is one of the most potent editions of Art Blakey & the Jazz Messengers in distinct transition, heading toward their most revered period, with Walton compositionally leading them in many real and important ways.

The second of two LPs that greatly expand the original Three Blind Mice LP captures the all-star Jazz Messengers sextet of 1961-1962 at two separate concerts. The five extended performances, which consist of four group originals (including "Mosaic" and "Ping Pong") and "It's Only a Paper Moon," include many strong solos from trumpeter Freddie Hubbard, trombonist Curtis Fuller, tenor saxophonist Wayne Shorter, and pianist Cedar Walton, all future bandleaders. Both of the volumes are highly recommended.
Posted by Zen Archer at 12:19:00 AM 2 comments: Links to this post