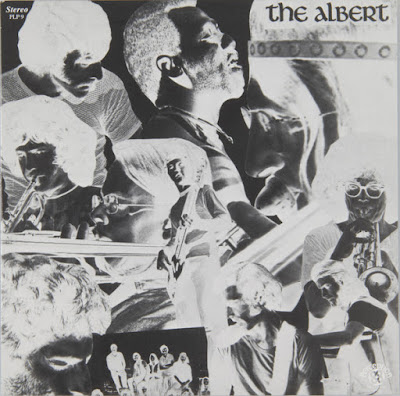 Not as good as their first, but makes an interesting companion piece to it considering four of these six tracks are re-recordings of tracks from their debut. This one's considerably better recorded than their first, much jammier, and with more lead guitar spots... but the jams tend to center on extended saxophone and/or trumpet solos, their guitarist (while still outstanding) is staying away from the fuzz and dirt he used on their first album, it's considerably less funky, and I don't think the four re-recordings are as good as the debut versions.
The two new tracks (A2 and B1) are totally decent, but they're too long. B1 in particular is WAY too long. And the cool thing about their debut was that the balance was 35% early Chicago and 65% mean funk, but on these two tracks it's the other way around. Both feature an instrumental "prelude" intro, and A2's intro is biting the first Chicago album so hard it's left tooth marks.
Oh, and A3's way too long as well, though you wouldn't know it by the track duration that's given on the LP. It's actually seven and a half minutes long, and at least two and a half of those minutes are a bore. And again, the version of Cold 'n' Hard on their debut is just over four minutes long and it's much better there, not just on account of it being a buttload funkier, but because it doesn't have the flab this one does. Hell, *every* track they re-recorded for this one has flab that the debut versions don't. The drum solo on B3 is a minute long. The drum solo on the version from their first album? Under thirty seconds.
Posted by Zen Archer at 7:07:00 PM

Email ThisBlogThis!Share to TwitterShare to FacebookShare to Pinterest
Labels: The Albert, USA