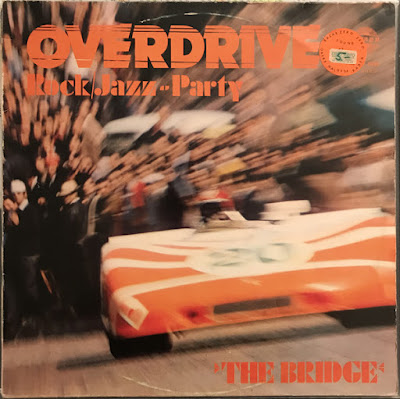 Recreation is the reissue title of Overdrive. The music is a fine set of gritty electric piano oriented jazz (...rock) with plenty of fuzzy and dirty sounds including distorted bass and keyboards. Nice use of flute as well, and the album features a plethora of well written melodies. It would appear the album was originally oriented to television and film incidental music, though the tracks are more developed than that premise may imply. A year after this recording, Kristian Schultze joined Passport as their prime keyboardist for the next 4 albums or so.

Musician credits are only referenced within the liner notes. On this version of the release the musicians Olaf Kübler and Dusko Goykovich are not mentioned, although they are widely credited on reissues and elsewhere.

Kristian Schultze led a number of bands before he joined Passport in 1973. In 1969 he decided to take up music as his profession, and began studying electronic music and synthesizer-programming. In 1971 he founded his first jazz-rock band called Space Orbit Company, who were reputedly a "German Mahavishnu-formation". He then formed The Bridge, aka Kristian Schultze & The Bridge, aka "The Kristian Schultze Set" who were typically German fusion, similar to Sunbirds or Sincerely PT in feel. They only released the one album, on the budget Tempo label, which has been reissued under other band names and titles.