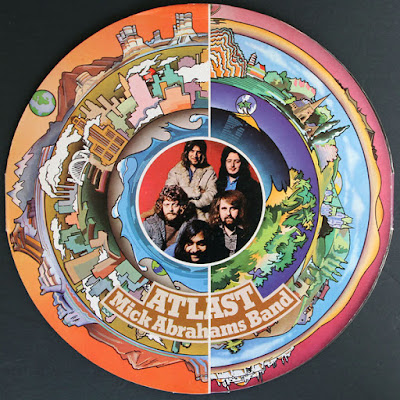 2nd album by UK guitarist Mick Abrahams with the Mick Abrahams Band, which was expanded to a quintet for this album with the addition of Mick's partner in Blodwyn Pig, reedman Jack Lancaster. Lancaster's return marked a change in the band's overall sound, which was now quite similar to that of Blodwyn Pig, being more Jazz influenced as opposed to the last album being more Bluesy. The rest of the band's lineup is identical to the one, which recorded the previous album. Lancaster is the main soloist on this recording, with Abrahams keeping a relatively low profile, but he did write most of the music here, with the rest written by keyboardist Bob Sargeant. Altogether the album is another splendid effort by Abrahams and his team, with great compositions and splendid musicianship, which unfortunately didn't help much to gain any popularity. Disillusioned by the music business, Abrahams quit the scene completely for two decades, reappearing only in the early 1990s with a new edition of the Mick Abrahams Band, which released several albums since. This is a must for all Blodwyn Pig / Abrahams fans and a splendid piece of British Jazz-Rock Fusion.
Posted by Zen Archer at 3:29:00 AM