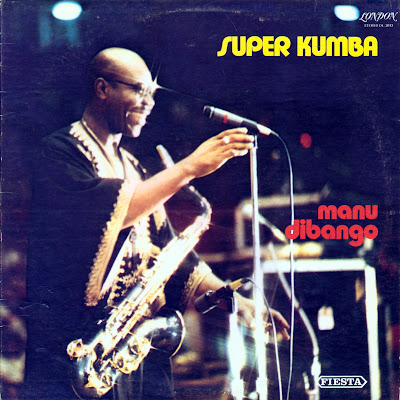 
Being one of the biggest figures in African music (not to mention jazz in general) and a globally-recognised personality whose popularity crosses linguistic and cultural barriers, there are bazillions of resources for biographical info on the man. His site and his autobiography, Three Kinds of Coffee, are likely the best places to get the real lowdown on his life but typing his name into the Google will also keep you busy with hours of reading - the man has done a lot in his 74 years (75 on February 10th) so there's plenty to catch up on.

What is lacking on teh internets is a straight-forward comprehensive discography of his major works - as is all too often the case with artists from the "Third World" who were active during the latter part of the 20th Century. We've done our best to sort out all the conflicting info and bring order out of chaos but if you have any corrections or additions, feel free to leave the info in the comments. Most of the earlier albums on Fiesta have yet to be re-issued but Manu has taken the reins with his back catalogue and has been releasing some of this material on his own Soul Makossa label over the past few years.

http://soundological.blogspot.com/
Posted by Zen Archer at 2:20:00 AM