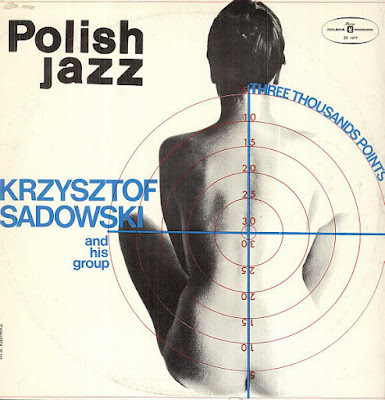 This album was released at the time as part of the legendary "Polish Jazz" series (as Vol.47) and included originally only four tracks, the first of which gave the album its title and was a twenty one minutes long suite originally found on side A of the LP. The three tracks on side B were shorter and spanned between three to nine minutes in duration. Two of the compositions were originals, both composed by Sadowski; one was a Keith Jarrett tune and one was a Classical piece. This remastered reissue adds three bonus tracks recorded at the Polish Radio.

The music on this album shows Sadowski at full swing as a Jazz-Rock Fusion musician, firmly based in the Fusion idiom, which was pretty well established by then both on the Polish scene and abroad. He expands his arsenal and uses electric piano and early synthesizer (ring modulator) gadgets. The flute parts are more daring and the vocalese more developed, clearly following the work of Urszula Dudziak. Nikolov adds a tinge of Balkan spice and Szukalski blows away like only he could, touching upon Free at times. The rhythmic support is very Rock oriented and the overall sound and feel of the music resembles to some extent the best Fusion ensembles active in the West but maintains an East European identity both harmonically and melodically.

In retrospect the album is a great document of the time at which it was recorded, proving that in spite of the relative separation from what was happing beyond the Iron Curtain, Polish Jazz was responding rapidly to the changes in the Jazz idiom, often with ferocity and ingenuity, which were impossible to hold back by the political regime. The grammar mistake in the English version of the title (preserved for historic consistency) is a nice reminder of Socialist bureaucracy (an insider's joke).

As usual it is my duty to thank GAD Records for taking care of the Polish Jazz heritage, who is sadly a lonely rider on that trail. This superb music definitely needs to be fondly remembered and discovered by new generations!

Super album, possibly one of the best I've heard in the Polish Jazz series thus far.
Here the organist totally embraces the new freedom offered by the Jazz Rock and Jazz Fusion idioms, and offers a muscular live set which is bursting with the kind of boundless creativity that's usually associated with the Krautjazz scene of the early 1970's (Wolfgang Dauner's Et Cetera, Exmagma and the likes) - and the resulting album is worlds apart from his Hammond-led, borderline easy listening 1970 set. Great use of electronic gizmos and probing phallic bass guitar riffing in long tracks where Sadowski and his men are given plenty of space to, you know, exxxploooore.. Add to all this a fantastic recording sound - clear, physically present and very lively. I just wish that this album would have been recorded by a bunch of German unknowns - so that, at least, people would know it and the album would get the love it deserves.
Posted by Zen Archer at 2:56:00 PM