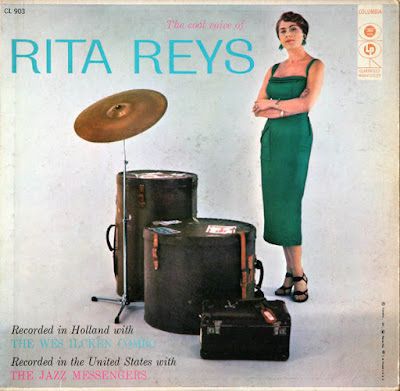 Recorded 1955-1956, side A recorded in Holland with The Wes Ilcken Combo, side B recorded in the United States with The Jazz Messengers.


After an early plunge into the pop music of the time, singer Rita Keys (1924-2013) came to jazz when, in 1943, she met Wessel Ilcken (1923-1957), Holland s then best drummer. She became his wife, and the influence of his teachings, allied to the impact on her of recordings by such American singers as Sarah Vaughan and Billie Holiday helped her forge a very per- sonal style.
This collection of songs sets her wonderfully cool voice and sophisticated approach against backgrounds which, though different, reflect her ability to stamp her personality on diverse circumstances to produce equal- ly interesting performances. Regardless of context, her artistry is supremely evident throughout. Every song is approached with an instinctive musicianship and feel- ing for the lyrics, and an innate sense of phrasing, which fill each performance with an inescapable atmosphere 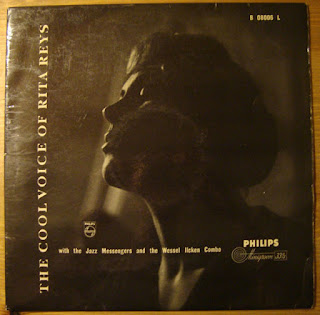 The Cool Voice of Rita Reys is the debut album by Dutch jazz singer Rita Reys which features sessions recorded with bands led by drummers Wessel Ilcken and Art Blakey divided over each side of the original LP which was released on the Dutch Philips and US Columbia labels.

As far as I can tell, Art Blakey and the Jazz Messengers recorded behind a singer only once. That session took place in May and June 1956 in New York and was released on Columbia and the Netherlands' Philips label, which makes perfect sense since the vocalist was Rita Reys, a Dutch jazz singer. Interestingly, the result was quite good, making one wish the Jazz Messengers had departed every so often from instrumentals to back hip vocalists like Johnny Hartman. 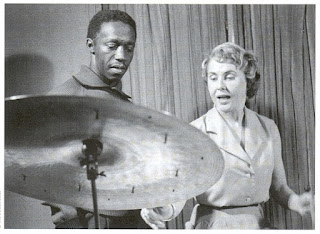 The Jazz Messengers lineup in May featured trumpeter Donald Byrd, tenor saxophonist Hank Mobley, pianist Horace Silver, bassist Doug Watkins and drummer Blakey. In June, the personnel shifted: trumpeter Byrd, tenor saxophonist Ira Sullivan, pianist Kenny Drew, bassist Wilbur Ware and drummer Blakey. The personnel is different because by June, Silver and Blakey had parted, with Silver forming his own quintet with Mobley and Watkins. Reys became interested in jazz in the Netherlands after meeting her first husband, Wessel Ilcken, a drummer. They formed a sextet and had some success in Stockholm. Producer George Avakian heard Reys sing in Amsterdam and invited her to the U.S. While here in 1956, she recorded half an album with the Jazz Messengers and performed with the group at New York's Village Vanguard. 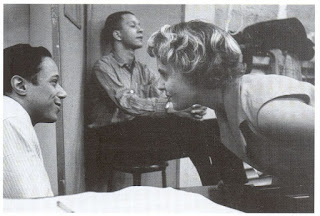 She also appeared with organist Jimmy Smith and accordionist Mat Mathews. The following year she returned to New York and performed with the Chico Hamilton Quintet as well as Clark Terry, Zoot Sims and Oscar Pettiford. Sadly, her husband died of a brain hemorrhage shortly after her return to the Netherlands, where she was based and remains today based on her site.

The May 1956 tracks were Taking a Chance on Love, That Old Black Magic, You'd Be So Nice to Come Home To and I Cried for You. The June tracks were My One and Only Love and Spring Will Be a Little Late This Year. Interestingly, the intro to My One and Only Love is identical to the one used in 1957 by Silver for the same song on The Stylings of Silver. Even though Silver was no longer part of the Jazz Messengers by June, the group used Silver's opening arrangement. 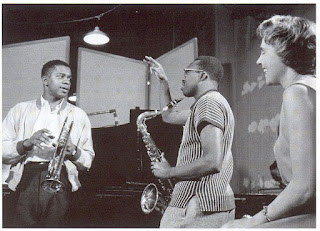 One would assume that since Art Blakey and the Jazz Messengers were signed to Columbia at the time and had recorded their first album for producer George Avakian in Arpil and May 1956, the Reys date was squeezed in as a favor to the Philips label to help along the foreign distribution of Columbia's 12-inch LPs in Europe and build the Jazz Messengers as a brand abroad. The album was also released on Columbia in the U.S. Reys, as you'll hear, has a June Christy approach to her delivery, with a faint Dutch lilt in her English lyrics. All in all, she turns in a solid job on all of the Jazz Messengers-backed tunes, working with the group rather than treating them as backup musicians. There's a real togetherness here, and Reys has a firm, swinging understanding of each song's story. 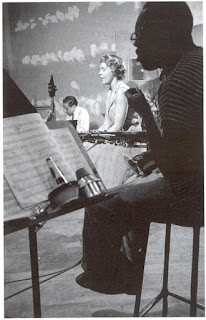