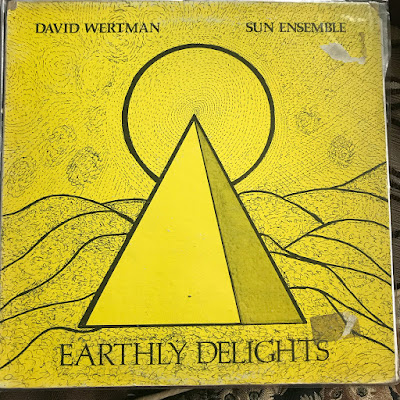 David was a highly acclaimed musician, his recordings have been made available and reissued around the world; his performances have been enjoyed since the 1970s when he emerged as a major force in the New York City New Music scene. While in NY, he formed the first edition of his “Sun Ensemble” and performed and recorded regularly with luminaries Billy Bang, Arthur Blythe, Marion Brown, Steve Reid, Brandon Ross, Terri Jenoure, Dave Pike, William Parker, Archie Shepp, Perry Robinson, Burton Greene, Lou Grassi, Abbey Rader and many others. Leaving New York, David made his way to Western Massachusetts where a cultural and political renaissance was about to blossom. Dave formed a group called “Winds of Change” with percussionist Tony Vacca and saxophonist Tim Moran. Together they blended a socially progressive message with urban, West African and jazz musical traditions. “Winds of Change” became a mainstay at the newly opened Iron Horse Café and was exemplary of the burgeoning multicultural movement in the Valley.

In 1980 Dave and Lynne met and formed The Lynne Meryl Trio, interpreting classic Jazz standards from the Great American Songbook. The trio worked steadily for many years featuring, among others, pianists Tom McClung and Nat Needle. In addition, Wertman played many sessions with guitarist Eric Bascomb, singer Ethel Lee and discriminating musicians throughout the region. As Lynne put it "he rocked every band!" Vocalist Meryl provided a voice for Wertman's originals, in the "Sun Ensemble" and later the "Spirit Ensemble", which over the years included Tony Vacca, Bob Dagnello, Claire Arenius, Charlie Miller, Lea Macquarrie, Tim Moran, Tim Atherton, Paul Lieberman, Jack Pezanelli, Ken LaRoche, Neal Backman, Eugene Uman, Karen Copeland, Miro Sprague and many others. "As a drummer who played lots of music with Dave over the years, I always appreciated the depth and feeling of his grooves on his bass, and the big open and gracious sound he had - Dave could take you on wonderful adventures because his spirit was so big and free." Claire Arenius

Wertman and his wife Lynne spent several years as “snow birds,” traveling back and forth between homes and gigs in Central Massachusetts and South Florida, achieving a richly satisfying, balanced life, performing and creating music while leaving ample time for another of their shared priorities - exploring the natural world. In Florida, Dave played for years at O'hara's Jazz Club in Fort Lauderdale with the iconic Dr. Lonnie Smith and drummer Danny Burger. Dave swung the big bands of Paul Cohen, Duffy Jackson, Michael Rose and toured with Ray Anthony, Erskine Hawkins, Les Elgart, Melton Mustafa as well as the tribute bands of Benny Goodman, Stan Kenton, Cab Calloway and Gene Krupa. He performed as a first-call sideman in shows with Buddy Greco, the Four Freshman, the Ink Spots, the Shirelles, the Drifters, Patti Page, Wayne Newton, the Crystals and many others.

An outpouring of support came to David in his final months when news of his failing health became public. Dave remained humble and attempted to minimize the news of his illness to assuage worry.

He valiantly performed a few times during the Summer and Fall, most notably at the Loft Lounge with the Nancy Janoson Quartet featuring Lynne Meryl on September 27th, 2013. Dave arrived energized and played enthusiastically especially during his original composition “Live Well and Prosper.” He launched into every tune with such fire and vigor that electrically charged evening. He clearly conveyed a message to everyone in the room: the life spirit is a gift to us all, one to not take lightly. All who have had the privilege to listen to David Wertman, to dance to his rhythms, to hear the deep song of his generous presence have felt the surging volcano of that life force and are so much the richer for it. 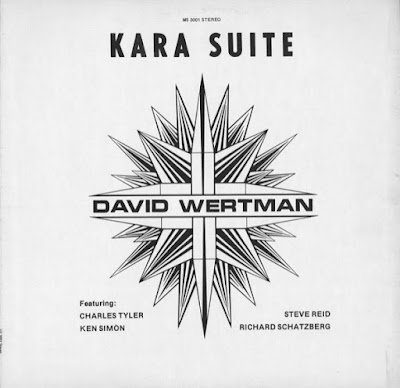 Obscure release on drummer Steve Reid's Mustevic Sound label, with Reid on drums, Charles Tyler on alto, and bassist Wertman leading up the groove, plus reedsman Ken Simon and French horn player Richard Schatzburg rounding out the group. The tracks are mostly pretty long, and have that slightly off-center modal feel that was a hallmark of Reid's work from this time
Posted by Zen Archer at 11:50:00 PM 2 comments: Links to this post