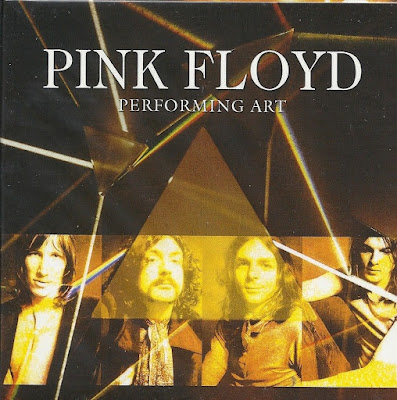 Pink Floyd’s touring commitments in 1973 would be the first to focus largely on the United States. There would be two tours, the first began March 4 in Madison, WI and ended March 24 in Atlanta, GA, the second would start June 17 in Saratoga, NY and end June 29 in Tampa, FL. Aside from four concerts in London and two in Europe, this would comprise the band’s live engagements. Much of the reason for this would be the success of Dark Side Of The Moon, while the Floyd had built a strong following on the live circuit, they were lacking in record sales, something they would no longer have to worry about.

Back to 1973, the second tour of America was originally scheduled to begin June 16 at Roosevelt Stadium in Jersey City, NJ but due to severe weather, the concert was postponed until June 18, so by default the concert in Saratoga was the first night. The set list of the second leg would be the same as the first leg although the band would change the running order of the first set. The Saratoga Performing Arts Center, or SPAC, is a large outdoor amphitheater that has a 25,000 person capacity and the concert was a sell out. The recording from Saratoga is an audience source, it sounds like the taper had a good yet distant position, from the sound I would guess he was under the pavilion as this does not sound like an open air recording one would get from “the hill”. The recording is clear and atmospheric that falls in the very good range and for being a capacity crowd, it has an intimate sound. There are some drop outs from time to time and a couple tape flips but overall a very nice and enjoyable recording. There has been a previous release, Saratoga Master (Sirene-262).

Since there is only one source for the Saratoga show, the content between the old Sirene title and this new release is the same. After not listening to the Sirene title for years, I was pleasantly surprised, as with many of the labels releases, at how well it sounds. After listening to samples of raw master and 1st Gen of this show, I can surmise that this new version from Eat A Peach more closely captures the sound of the original recording. Sirene mastered theirs by boosting the volume and removing a small amount of hiss and has a thinner sound. This new Peach title is just a hair lower in volume and has a wider range of frequencies, the bottom end is much better but by no means is this a significant improvement over the Sirene, just a better representation of the original recording.

I find the performance of the first set to be standard, by this time the band had been playing this material for well over a year and some of the 1973 concerts sound rather mechanical by this point. I agree with GS’s assessment of Set The Controls For The Heart Of The Sun, the middle section is quite sublime. The audience is pretty restrained although there are some shenanigans going on in the form of fireworks, something the band would grow to hate. There are muffled conversations from time to time but overall a respectful audience who has come to listen and enjoy the music. The Dark Side half is much more enjoyable, Gerard states in his review (click on the link) that the Sax player was unknown but in Glenn Povey’s excellent The Complete Pink Floyd book, he lists Dick Parry. Dark Side is well captured, the audience really enjoys On The Run, it is a great version with Richard Wright’s Synthesizers very clear and enjoyable. There is more audience energy in the second half, their reactions to the music and light show make for a more enjoyable atmosphere.

The packaging is typical for Peach, mini LP style cover with a focus on triangles, the yellow hue is warming as if the band was heading for the heart of the sun. The insert has liner notes from the Lazy Goalkeeper and the CDs have pictures on them. Nice to see a show that has not been booted to death get some much needed attention.
Posted by Zen Archer at 11:33:00 PM