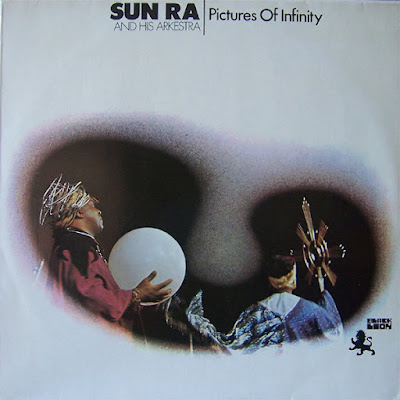 "A lot of people say that I'm just playing around, but it's not like that. I know music from head to tail, I know all the laws of music, I was reared up playing classics and I went to college and studied music for teacher's training, so I KNOW music. But I'm just following my own way, and I know what I'm doing." — Sun Ra, 1966

This collection of recordings, drawn from several sources, are somewhat stylistically unified. The personnel, arrangements, audio quality, and research indicate these recordings were made at concert locations in and around New York, ca. 1966. They might have originated from a series of college tours Sun Ra undertook with the Arkestra in upstate New York, while the band was living and largely working in New York City.

In the mid-1960s, Sun Ra's commercial recordings and performances were reflecting new musical directions, many representing extreme departures from his Chicago (1956–1960) and early New York (1961–1963) approaches to jazz. Such albums as Other Planes of There (1964), The Heliocentric Worlds of Sun Ra (volumes 1 & 2; 1965), The Magic City (1965), Strange Strings (1966), and Atlantis (1967) pushed beyond the conventions of structured, beat-driven jazz to challenging frontiers. To many ears, they were no longer "inside" jazz at all. Rather, they were "outside"—groundbreaking musical forms that transcended categories. In jazz circles, this side of Ra sparked controversy, gaining him many allies, while losing others.

The 1966 recordings in this set, however, are largely "inside," and demonstrate that during this period Ra didn't abandon his jazz roots (in fact, he never did). These titles, many dating from his Chicago and early New York years, represent an updating of Sun Ra's early catalog (with some new titles). The playing is loose, but structured, and Sun Ra's featured soloists get ample opportunities to stretch out. Call it "harder bop."

In the ballad-like “The Wind Speaks,” the opening and closing themes echo the melody of “Somebody Else’s World,” an early 1970s composition which originated in the late 1950s as “Somebody Else’s Idea.” This Third Stream arrangement features a haunting duet between Ra on Clavioline and Ronnie Boykins on bowed bass. "State Street," first recorded in 1960 and rarely performed, harkens back to one of Ra's earliest musical gigs in Chicago, the Club DeLisa, where as Herman "Sonny" Blount he played piano for the Fletcher Henderson Orchestra in the late 1940s. A short take of "We Travel the Spaceways" closes the album; during the tour this title was often performed as an abbreviated coda.

As with any Sun Ra recordings, imperfections abound. The mixes are less than perfectly balanced, there's occasional distortion and missed performance cues, and soloists are not always near the mic. But as we've often pointed out, Sun Ra never recorded in a Dave Brubeck studio with a Miles Davis budget. This is "Garage Jazz."

Although no precise date is given, these five cuts are thought to have been documented circa 1967-1968 by Sun Ra (piano) and his Arkestra in New York City, where the band was in residence at the time. There is a mixture of older works as well as newer selections on 1971's Pictures of Infinity. That said, even the established compositions -- most notably the full-throttled reading of "Saturn" that commences the collection -- are given fresh sonic visages. Tenor saxophonist John Gilmore is particularly potent with his flawless fluidity running melodic yet hard bopping lines over top of the solid rhythm section. He gives a hearty personality to his interjections as they dart in and out of the spiraling mile-a-minute arrangement. Bassist Ronnie Boykins is commanding, especially as his solo emerges out of drummer Nimrod Hunt's rapid-fire timekeeping. "Song of the Sparer" is an exquisite and rarely documented tune that begins with some intricate phrases from Ra before evolving into a languid and practically dirgelike improvisational piece. "Spontaneous Simplicity" is highlighted by some warm and inviting interplay between a flutist -- presumably either Danny Davis or Pat Patrick -- and Ra, whose strident piano accompaniment is remarkably suited to the earthy nature of the woodwind's ethereal, alternately liberating and plaintive sound. Immediately contrasting the more rural expressions is the aggressive extended free jazz attack heard on "Somewhere There." The bombastic percussion and practically sadistic sax-and-drum onslaught thrash about in an almost definitive example of the sheer power possessed by the Arkestra. The "Outer Spaceways Incorporated" chant concluding this long-player is similar to other versions and remains an affirmative statement juxtaposing an inescapably dissonant introduction with the playful nature of the singalong quality of the verses.
Posted by Zen Archer at 10:10:00 PM