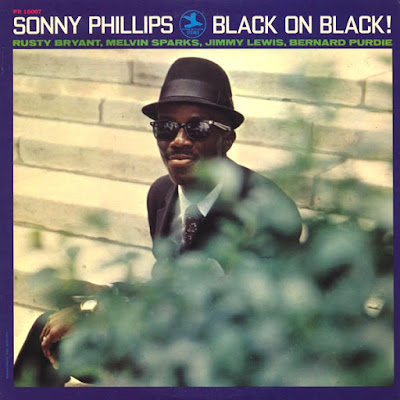 Sonny Phillips' third and final album for Prestige, coming just over a year after his first, shows the soul-jazz organist moving in a somewhat funkier direction than his first two efforts. The roiling title track actually has an edge of menace to it, an idea his other albums never even entertained. Of the five tracks, the most surprisingly effective is the nine-minute take on Creedence Clearwater Revival's "Proud Mary"; even more so than Ike and Tina Turner, Phillips and band completely reshape the song, taking off the edge of distance from Creedence Clearwater Revival's original and the campy showbiz of the better-known cover in favor of a pure soul-jazz workout that's among the finest things Phillips ever did in his short recording career. The other highlight is "The Doll House," a showcase for Rusty Bryant's tenor sax with the album's most satisfying soloing. Sonny Phillips isn't highly rated by some soul-jazz historians, but his unique and characteristic light tone -- heavily influenced by his early teachers, Jodie Christian and Ahmad Jamal -- makes his albums far more interesting to listen to than the usual barrage of Jimmy McGriff lifts.

One of Sonny Phillips' hardest hitting albums ever – an all-Hammond set that really cooks hard from start to finish! Sonny's working here in a lean, mean combo with plenty of Prestige jazz funk touches – heavy drums from Bernard Purdie, hard tenor solos from Rusty Bryant, rumbling Fender bass from Jimmy Lewis, and well-woven guitar lines from the amazing Melvin Sparks – heard here right at the prime of his young career!
Posted by Zen Archer at 6:59:00 PM