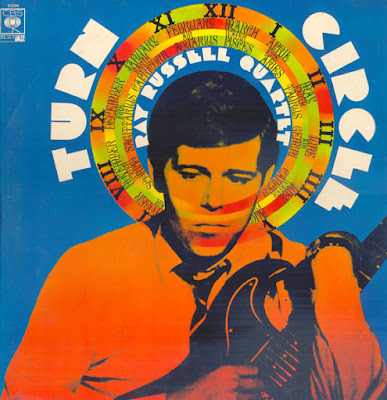 Russell is probably the most heinously undervalued jazz guitarist in the world, which is ironic because he is undoubtedly one of the best. His style is his own, sounding like no other guitarist.

This album, recorded in 1968, is quite beautiful and the rather quaint cover art adds to its overall charm, showing Russell sporting a Burns Bison solid electric guitar, a singularly unorthodox choice of axe for a singularly unusual jazz guitarist. Two excellent covers of Wayne Shorter's "Footprints" and Charles Lloyd's "Sombrero Sam" join six Russell-penned compositions, the first three—"Bonita, "Peruvian Triangle" and "The Fry and I —are solid, well-arranged and performed, the last three comprising a three-part suite entitled "A Day in the Working Life of a Slave of Lower Egypt. Parts I ("Dormancy ) and II ("Tremendum ) are nearer to Russell's later freer work, whereas Part III ("Path") is a more straight-ahead modal piece introduced and concluded by an initial bass figure.

Throughout the album, Russell's guitar work never fails to engage, and his accompanying rhythm section is simply top-notch, with sumptuous piano inventiveness by the late Roy Fry, typically deft bass from Ron Mathewson, who has played with everyone from Ronnie Scott to Tubby Hayes to Ian Carr's Nucleus, and fine drumming from Alan Rushton. This modest yet masterly recording warrants urgent reevaluation as it offers essential and hitherto missing evidence of the truly talented craftsmanship of Ray Russell.
Posted by Zen Archer at 4:43:00 AM