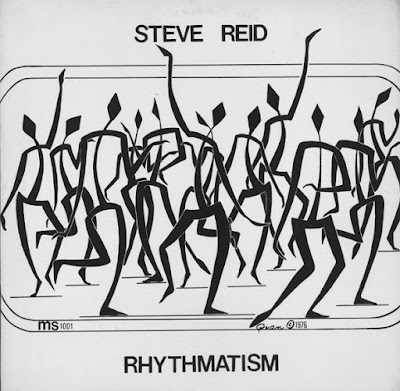 
During the late 1960s and early 70s, jazz innovation mirrored social upheaval by consciously turning away from tradition and embracing the avant-garde. Elaborate collectives such as the Sun Ra Arkestra, the Art Ensemble of Chicago, and Miles Davis' hard-fusion trailblazers arrived at a wholly modern big band sound through exotic song structures and the use of electric instruments. With their aggressively lyrical and non-linear soloing, John Coltrane, Albert Ayler, and Pharaoh Sanders eradicated the time-honored tenets of melody, harmony, and time signature, searching instead for spiritual truth within the music itself. Free jazz, "the new thing," experimental-- whatever it was called, the work of these artists was impassioned, unprecedented, and divisive, pushing music into unexpected realms.

Around that time-- and at the other end of the spectrum-- funk-jazz was more concerned with keeping a groove than breaking new ground. But it was far from static: Eddie Harris and Herbie Hancock used the on-the-one downbeat of James Brown and Sly Stone as the foundation for their sophisticated compositions, while Jimmy McGriff and Grant Green's warm, buttery solos dipped blues and R&B; into jazz's jelly jar. Not as challenging to the ear as free jazz, funk-jazz still hit harder than some of the fusionary misfires that followed and, 20 years later, spawned acid-jazz.

Recently reissued on Soul Jazz, Steve Reid's Rhythmatism steps expertly between funky and free. "Soul jazz" is the perfect moniker for the album, which both reflects the exploratory soloing and marathon track lengths of the free jazz school and digs intently into hard-swinging grooves. Recorded in 1975, Rhythmatism is exactly what its title implies: an examination into the power and pliability of the beat.

Reid takes the helm on drums, and the rest of his acoustic quintet-- bass, piano, sax, and trombone-- exudes a warm, earthy sound, diving into the rhythmic core of their instruments rather than taking them on unfettered flights. Reid's drums propel these tunes against their tempo, building tension through repetition and slight nuance. There are no flashy fills-- instead, he's content to add subtle color with variations in volume and pace.

Album opener "Kai" is a masterpiece, a luscious, essential listen for anyone looking to discern the sanguine, pulsing heart of jazz music. Composer Les Walker's piano spars with Reid's hypnotic stick-and-brush work, but the drummer never flinches as the pianist hopscotches across the keys. Arthur Blythe alternates between flow and fire on alto sax while David Wertman's slippery upright bass provides a round, hearty bottom end. This 12-minute epic isn't a casual listen, but it's so fulfilling that you'll want to grant it your complete attention.

"Rocks (For Cannonball)" is the album's most explosively abstract tune thanks to Walker's meandering keyboard hysterics. Throughout it all, however, Reid stays locked on course. His technique comes to the fore as he pounds his kit against polyrhythmic percussion-- tambourine, shakers, bells-- plied by other band members. Once again, the rhythm section of Reid and Wertman is formidable and unshakable, and throughout this track-- as well as "C You Around"-- Blythe's minor-key sorties on alto are reminiscent of late-era Coltrane. The effect is transporting.

Beginning in medias res, the criminally short "Center of the Earth" is the album's emotional centerpiece. It sounds as if a studio tech pressed "record" at the teary-eyed peak of a climactic jam. With a sudden explosion of baritone sax, trumpet, and guitar-- plus a boxful of percussion toys-- the whole song is one ecstatic, extended crescendo. Music doesn't get any more joyful than this without putting its tongue in its cheek, and that's something a soul master like Reid simply had no reason to do.