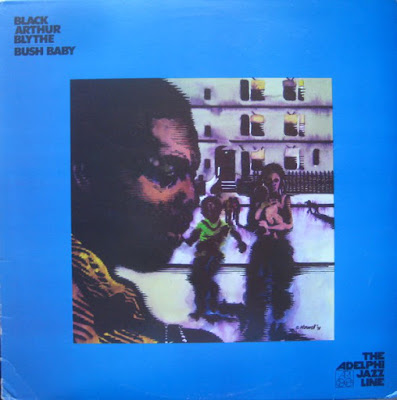 
During this outstanding and challenging recital, altoist Arthur Blythe (who at the time went by the title of "Black Arthur") stretches out on four originals in a sparse trio with Bob Stewart on tuba and Ahkmed Abdullah on conga. Blythe had an original sound from the start and his soulful yet adventurous and intense style is heard in its early prime on what was his second recording session as a leader, cut just before he was surprisingly signed to Columbia.
Posted by Zen Archer at 5:15:00 PM