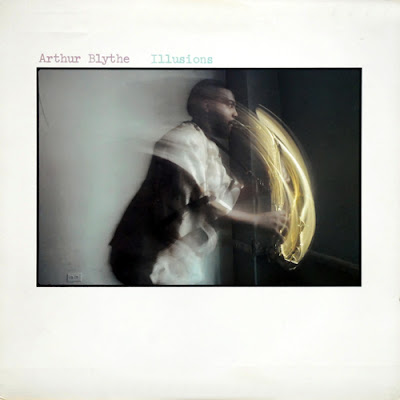 It is surprising how artistically productive altoist Arthur Blythe was during his period on Columbia. Despite the hype and Columbia's reputation for pressuring artists to play mass-appeal music, Blythe's recordings for that label are inventive and creative. For this, his third Columbia release, Blythe uses two different groups: an "in the tradition" quartet with pianist John Hicks, bassist Fred Hopkins, and drummer Steve McCall, and a more eccentric unit with guitarist James Blood Ulmer, cellist Abdul Wadud, tuba player Bob Stewart, and drummer Bobby Battle. No matter the setting, the distinctive alto of Blythe is heard in top form on six of his unusual originals. It's recommended.

Not quite as fabulous as Lenox Avenue Breakdown but the music retains much of the same feeling, much due to the presence of both James Blood Ulmer on bad-ass electric guitar and Bob Stewart on that distinctive tuba. Same kind of (mostly) aggressive funky jazz, punctuated by wicked soloing from Blythe and Ulmer. Real nice piano work too from John Hicks.

Some of the best bang for the buck you're going to find from this time period in jazz. Well worth the exploration.
Posted by Zen Archer at 6:27:00 PM