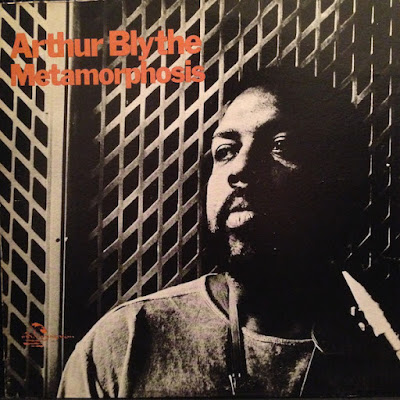 Altoist Arthur Blythe's first two recordings as a leader, The Grip and Metamorphosis, were recorded at the same concert; all of the two LP's contents are on this single CD. Blythe was already quite distinctive and an impressive improviser at this early stage, a year before he signed with Columbia. His sextet (which consists of trumpeter Ahmed Abdullah, cellist Abdul Wadud, tuba player Bob Stewart, drummer Steve Reid and percussionist Muhamad Abdullah) performs seven of Blythe's challenging originals and "Spirits in the Field" while the 18-minute "Duet for Two" is a free collaboration by the leader and Wadud.

There is no real thing to say about this, a great free jazz concert album, everyone plays great, especially Blythe, who sometimes plays melodic themes, but usually makes a completely free game. Not once is he singing with a cello accompaniment in a purely and beautiful way, which evokes Coltrane in particular.
The room and cello give an interesting color to the whole, although I would prefer to be a little more dominant.
Posted by Zen Archer at 6:19:00 PM