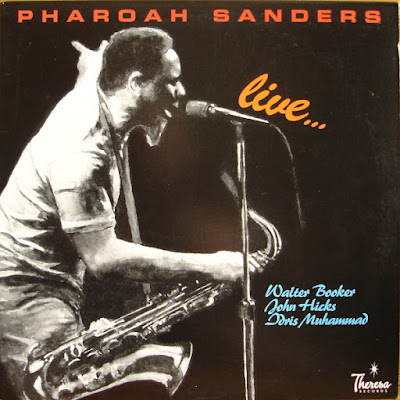 
Live is a great uplifting performance from Pharoah Sanders from his Theresa period. There's a nice long version of "You've Got To Have Freedom" on here, and even though its over fourteen minutes long, stays inspiring throughout. There's no real screechfest stuff on here, and even though I'm a nut for it didn't think any less of the album for its absence. Overall this is a great album, like the rest of the stuff he put out on Theresa, plus you've got Idris Muhammad on drums, which is always a very, very good thing.
Posted by Zen Archer at 3:06:00 PM