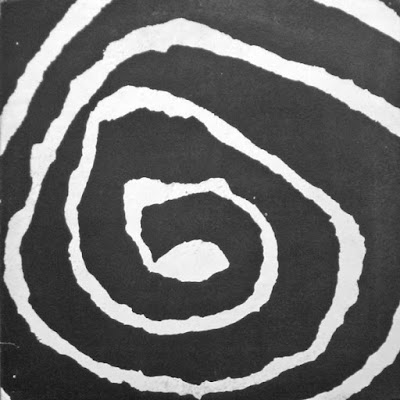 Why Should I Give a Fuck About... Pharoah Sanders?
Well, for one, Sanders wrote "The Creator Has a Master Plan," a totalizing treatise of sonic and lyrical jubilation that's been known to cause hardcore atheists to cry rivers of joy. (I could close the case right here, but I have a word count to meet.) If you're not familiar with this nearly-33-minute opus, which appears on 1969's Karma, get thee to a record store or streaming service posthaste. (Or just click the included embed.) In the canon of spiritual-jazz classics, "Master Plan" ranks right up there with John Coltrane's "A Love Supreme," Alice Coltrane's "Journey in Satchidananda," Sonny and Linda Sharrock's "Black Woman," Don Cherry's "Malkauns," and Joe Henderson's "Earth." I play "Master Plan" whenever I need an emergency hit of the faith-restoring positivity that no organized religion or recreational drug could ever provide me. To paraphrase John Lennon: Karma's gonna get you, gonna knock you off your feet.

No doubt about it—Sanders's long game is unstoppable. In addition to "Master Plan," he waxes verbose with the beautifully kaleidoscopic odyssey "Elevation," the jaunty, ethno-jazz mood-elevator "Summun Bukmun Umyun," the peace-inducing, Leon Thomas–augmented hymn "Hum-Allah-Hum-Allah-Hum-Allah," the euphoric, quasi-R&B ramble of "Love Is Everywhere," and Black Unity, which consists of one mercurial 38-minute piece that encompasses a plethora of Pharoah's expansive gestures, including a muted quotation of "Master Plan." Nevertheless, when the mood strikes him, Sanders can pen a relatively concise, catchy tune, as "Colors" and "Thembi" prove.

In his prime, Sanders's musical persona was that of the prince of peace, but he could turn on a dime and unleash bellicose sax blasts of such molten caliber that they fired the imaginations of proto-punk hard-rockers like the Stooges and the MC5. Pharoah had the capacity to embroil your brain in battlefield hysteria with his wails or shatter your heart with motifs of extreme tranquility—usually within the same song. He stands as a master of dynamics, pouring on the artful chaos or scaling back to spare serenity with the verve of an expert emotion-manipulator.

In addition to his many essential albums as a leader, Sanders has served as a sideman for both John and Alice Coltrane, Sun Ra, Don Cherry, Sonny Sharrock, McCoy Tyner, and many others. You should seek out any record with Pharoah's name in the credits, as his irrepressible spirit elevates any studio session in which he appears.

Hindsight can work wonders on the perception of a jazz musician's career, which makes it an exceptionally valuable tool to look at that artist's early recordings. Through the historian's lens, we can find snippets of what is to come in that first solo, a young-but-confident blueprint of artistic trajectory as well as some startling differences. Jazz Advance, for example, paints Cecil Taylor as a bizarrely-shaped branch of the Herbie Nichols tree, and it is hard to see the connection between Trane's spot as a lanky upstart in Dizzy Gillespie's band and Ascension. Yet on tenor man Pharoah Sanders' first date as a leader (and his first known commercially-released recording), we can see major stylistic hallmarks already present in a standard quintet format, a soloistic presence that will, in the years to come, be both nurtured and broken apart.

Sanders came to New York from San Francisco in 1962 and spent much of this early period scuffling, often homeless and barely working as a musician. His first break came as part of an early Don Cherry band in 1963, a quintet that recorded several pieces for Savoy that have never been issued, a band that also featured pianist Joe Scianni and stalwart Ornette bassist David Izenzon. By 1964, Sanders was working in a cooperative group with pianist/composer Carla Bley and percussionist Charles Moffett, as well as in various Cherry aggregations and, in September of that year, brought a quintet into Jerry Newman's studio to record ESP 1003, Pharaoh (later retitled Pharoah's First—his name taking on the altered spelling somewhere in this period).

Joining the tenor man on two side-long blowing numbers were drummer Marvin Patillo, who would record with Sonny Simmons (Staying on the Watch, ESP), pianist Jane Getz (a Mingus alum who would later record folk blues for Verve-Forecast), trumpeter Stan Foster, and bassist William Bennett. One might half expect Sanders to have brought with him some of his regular associates at the time—Moffett, Henry Grimes, altoist Byron Allen—but in many ways, his compatriots here are a blessing, if a mainstream hard bop ensemble.

"Seven By Seven would not have sounded out of place on Giant Steps, even the opening chorus of Sanders' lilting tenor, which sounds for all the world like one of Trane's earlier workouts until it is summarily given a tug of war between those keening hallmark Trane phrases and grotesque honks and multiphonics that, if not the bandsaw-on-sheet metal that would be a hallmark of solos on "Om, for example, certainly belie an allegiance to another world of sound that is as much the "Holy Ghost as it is the "Father."

Sanders' heel-digging buzzes and screams are made ever more stark in their presence by the rhythm section, Getz's piano comping seemingly unsure of its job and summarily distracted while Bennett's rock and Patillo's Philly Joe licks seem to be the most respondent (and, in a way, unwavering) with Sanders' whims. Foster contributes a pinched, nasal trumpet solo that, while certainly not exactly hard bop, is unsure of exactly how to follow the tenor, even as Patillo builds a rising tide of percussion thermals to spur on the proceedings. Getz takes a thoughtful, well-constructed Tyner/Evans-esque solo that is surreally out of place with its preceding context, before Sanders, Foster and the pianist enter into a collective improvisation to take the piece out.

"Bethera has a head that might have been copped from an earlier Trane blues, its theme even less a springboard for free improvisation, but Pharoah somehow finds a slight descending chord on which to harp his guttural yelps, even as much of this lengthy solo takes on a tonal aesthetic that is decidedly Atlantic-era Trane. Despite these tonal affinities, and it is something that is more noticeable in a "'straighter number such as this, Sanders seems to be utilizing phrase-based free association (á la Newk or Cherry), rather than necessarily moving through and wringing out chords and modes as Trane had.
This is a crucial difference between these two reedmen, and as much as young Sanders was beholden to Trane—of course, it would not be long before he joined Trane's quintet—he is decidedly into something uniquely his even at this early stage. Getz and Foster sound noticeably more at home here and Patillo and Bennett seem comfortable easing up. Nevertheless, this would be the last time for a number of years that Sanders would utilize a more "mainstream band for his work.

Pharoah's First, though somewhat of an aesthetic anomaly in the ESP catalog and, at the time, given more 'could-have-been' status than it probably deserved, is a crucial workshop puzzle-piece that gives historians of improvised music one very important look at Pharoah Sanders and his young, big ideas. 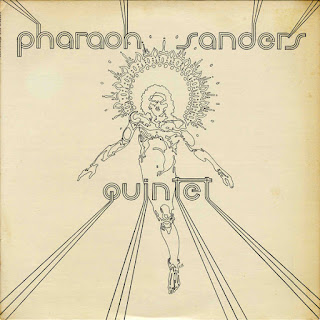 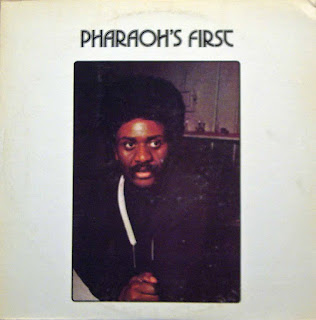