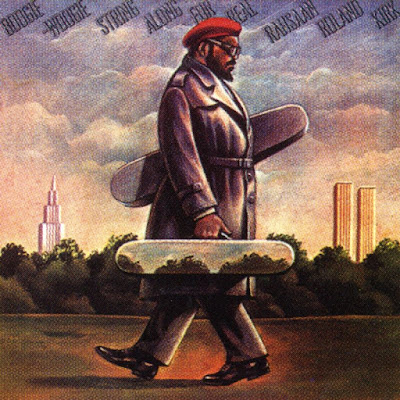 
"This is the last album Rahsaan recorded, a classic example of his dedication to BLACK CLASSICAL MUSIC, and another link in his chain of his music. Those of you who have heard him know that he did not use the term "jazz." He always listened to all aspects of music and explored all areas in his recordings, not just his tunes, as is demonstrated on this album."
Doorthaan Kirk (Excerpt from release notes)

The final album Rahsaan Roland Kirk ever recorded remains one of his finest. Post-stroke, Kirk struggled with his conception of the music he was trying to make. Boogie-Woogie String Along for Real is the payoff. The title track features strings playing distended harmonics over his blowing and the backing of a guttersnipe rhythm section and a full-blown horn section -- including a very young trombonist named Steve Turre -- behind him. From here, Kirk works veritable magic with the material of the age, swimming deeply in the blues that Gershwin didn't know he had in "I Loves You Porgy," getting an aging Tiny Grimes to wail his guitar-playing ass off on "Make Me a Pallet on Your Floor," and then flowing elegantly on Ellington's "In a Mellow Tone" and Gershwin's "Summertime." It's almost too much to bear as the emotions come falling from the horn and the rhythm section tries to keep them balanced, but the heartbreak and joy are everywhere. When Kirk closes the disc with his own stomping hard-swing R&B of "Dorthaan's Walk" (dedicated to his wife) and takes it out with Percy Heath's "Watergate Blues," he closes the circle. With Hilton Ruiz playing a deep-grooved Latin funk against Kirk's harmonica and alto, Heath playing cello, and Turre opening up a huge space of feeling behind the front line as Sonny Brown and Phil Bowler keep it all in check on drums and bass respectively, Kirk sums it all up in his alto solo. There is so much sadness, betrayal, pain, and resolve in his lines that the rules of Western music no longer apply. The all-inclusive vision Kirk has of a music embraces all emotions and attitudes and leaves no one outside the door. This is Kirk's Black Classical Music, and it is fully realized on this final track and album. 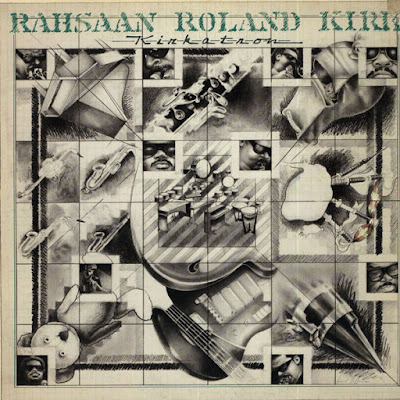 Shortly after Rahsaan Roland Kirk finished his first album for Warner Brothers, he suffered a major stroke that put him out of action and greatly shortened his life. His second LP for the label was actually comprised of leftovers from the earlier session plus three songs taken from an appearance at the Montreux Jazz Festival; the latter has been reissued on CD in a sampler but the other selections (which include "Serenade to a Cuckoo," his cover of "This Masquerade," "Sugar," "The Christmas Song" and "Bright Moments") remain out of print. This LP (which finds him mostly sticking to tenor), Kirk's next-to-last album, has enough highlights to make it worth searching for.