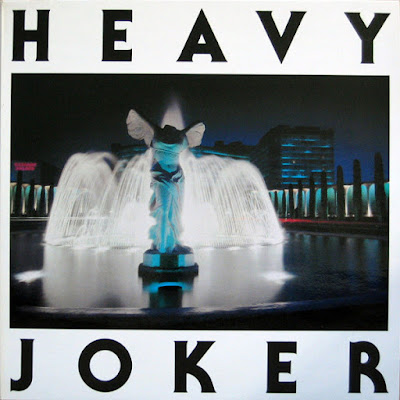 Warm and slick, this smooth jazz album is similar to the American group Spyro Gyra. The first album is MUCH better. Quite mellow Fusiony stuff, dosent realy have the edge to grab me but saying that it's nice enoth to be on in the background without being totaly boring.
Posted by Zen Archer at 11:54:00 PM 1 comment: Links to this post 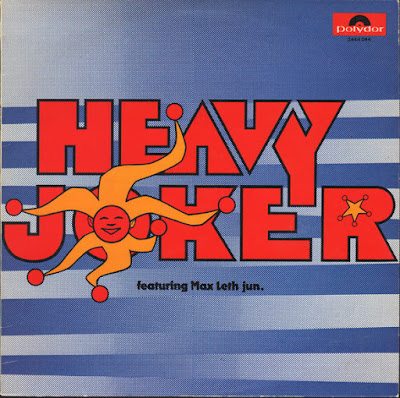 The opening side of the LP contains five tracks, each credited to a different member and guest keyboardist Kasper Winding, with ''Canasta Funk'' featuring also sax player Anders Gardmand.The music is mostly excellent, keyboard-based Prog/Fusion with also some fiery guitar at moments and plenty of shifting moods, ranging from breezy Fusion with dominant synths to Canterbury-styled jazzy Prog with powerful keyboard work, electric piano and fast tempos.Still Heavy Joker's approach reveals a strong melodic content at moments as in ''Heavy Joke'' and ''Ambrosia'', characterized by light symphonic FOCUS-like melodious themes and great keyboard/piano treatments.The flipside contains the great long 20-min. instrumental opus ''Symphonia'', composed by Max Leth Jun and divided in four parts.It marks no significant changes to the style already presented, maybe the guitars of Michael Bruun and the keyboard overtones have a Latin-flavor at moments, but the overall approach is demanding still easy-listening Prog/Fusion with superb diversity and strong presence of percussion, sax, vibraphone and marimba.From keyboard-led interventions to jazzy sax solos and from ethnic tunes to virtuosic solos, ''Symphonia'' is a decent and tight instrumental journey, mixing the aesthetics of Jazz and Prog/Fusion in equal doses.

Very good, still pretty unknown debut by these Danish masters, with both technical and melodic parts.Strongly recommended, and even more if you are deep into jazzy Prog. 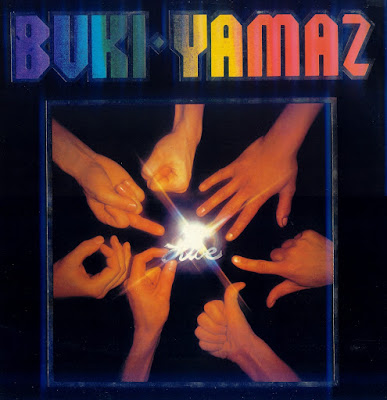 
It is too easy for young musicians today to succumb to the commercial pressures that weigh down so heavily upon the music business, so it is refreshing and rewarding when one realizes that there are still young players who will fly in the face of fashion and produce music that they believe in rather than stuff that might bring instant fame and riches.

Buki-Yamaz are such a band of bold hopefuls who stick to their musical guns and won't compromise their standards. They have the technical expertise and capability to churn out chart pop to order, and could easily retire to the sanctity of the recording studios to channel their musical skills into unworthy projects.

Instead they concentrate on instrumental music that allows them freedom of writing and playing expression. But this does not mean they wish to be introverted and produce inaccessible music.
For Buki-Yamaz are lovers of melody as typified by the flowing string sounds on the beautiful performance of their composition "Rain Flower" featured on Side One. This melodic aspect stems from arranger and composer Aske Bentzon, who plays the romantic flute solos that give Buki-Yamaz music its flavour and identity.

Most of the music revolves around the sensuous flute sounds that pick out neatly constructed songs like "Lazy Bones", which is redolent of hot Summer days spent lying in the long grass observing the buzzing of bees and perhaps the passing of young girls' legs.

Aske is joined in his venture by some fine players. Aged between 19 and early twenties, they have only been together for 3 years, and yet they have a calm assurance and sophisticated style one might expect from much older and more experienced musicians.

Ethan Weisgaard on drums can handle a whole variety of approaches, from the solid back-beat required for funk drumming to the subtle Latin American rhythms of the exhilerating "Trade Winds", that opens Side Two. Cowbells and Klavs Nordsø's extra percussion give a bright lift to proceedings and provide a firm base for solo flights by two fine guitar players, Kim Sagild and Mikkel Nordsø, who contrast in styles, one slightly harder in attack, the other more supple and fluid. And helping the
swinging feel that pervades this collection of sophisticated arrangements is the bass playing of Henrik Bødtcher.

My personal favourite is the jazz-flavoured "Zingaro", where the flute lines are woven in unison with spare acoustic guitar picking over some very attractive chords.

The band are by no means mindless bashers who rely on brute force and volume for their effect, and their music must come in bright contrast to the more obvious route taken by so many so-called heavy metal groups. Buki-Yamaz like to build atmosphere and create pastoral tones, and with this second album Segundo, they will find a ready audience for those who believe rock and melody are compatible.

And it will prove to those who think Scandinavia can only produce successful commercial pop groups, that there are young musicians aplenty waiting for an opportunity to show they have the talent to compete with the best in European jazz and rock.

Just listen to the drive of "A Hunk Of Funk" and you'll hear a band itching to blow. Now is your chance to share their excitement.
-- Chris Welch (Melody Maker)
Posted by Zen Archer at 11:44:00 PM 1 comment: Links to this post 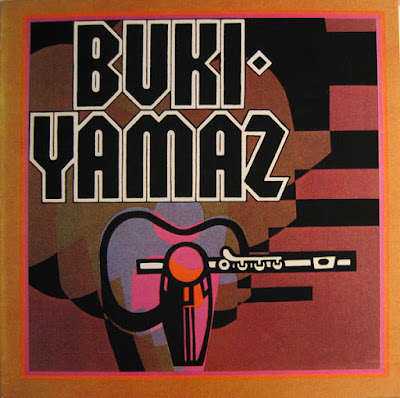 
Buki Yamaz was a Danish Latin / Jazz / Funk group, inspired by Latin American music and Miles Davis. Some of the group members met at a music summer school in Vallekilde in 1970. The group started when the Nordsø, Mikkel and Klavs brothers expanded their quartet, “Frederiksberg Blues Orchestra”, with two members, Kasper Winding and Henrik Bødtcher: The six-man band Buki Yamaz became in 1973. The first performance for a larger audience was in 1974 at the Multimusik Festival in Randers and at Roskilde Festival in 1974. Their first release from Christmas 1975, called Buki-Yamaz, the record companies had difficulty accepting because there was no song. Kasper Winding was Buki Yamaz’s first drummer, and when he stopped in January 1975, Ethan Weisgard took over the job and he participated in the first two recordings. After the second LP, Ethan Weissgard and Henrik Bødtcher left the group in late 1976 and were replaced by Kim Yarbrough and Ben Besiakov.
Posted by Zen Archer at 11:37:00 PM 1 comment: Links to this post