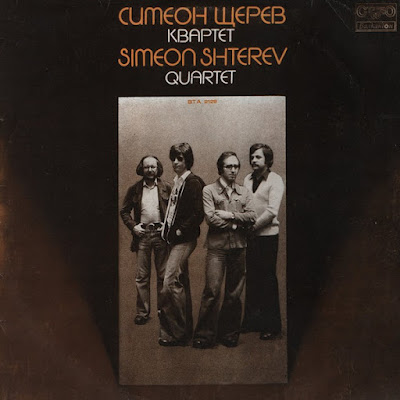 Simeon Shterev clearly is one of the best flute players worldwide. He is associate professor for flute and improvisation at Sofia's Music Academy since 1974. In 1968 he was chosen the best european jazz flute player. Listening to "Bulgarian Jazz Quartet - Jazz Focus 65" from 1968 I can understand this decision.

Ten years later, on this album he is still playing with the Bulgarian Jazz Quartet drummer Peter Slavov, besides Mario Stanchev on keyboards and Theodossi Stoykov on bass. The music can't deny some influences of "Return To Forever", a version of "Senior Mouse" is included. But it's much better than RTF'S simultanious output. Included is also a nice version of Stanley Clarke's "Bass Folksong". Their original material is jazz-fusion on a high level and a little jewel that should get more international attention.

More fantastic Bugarian fusion?  Yeah, you better believe it. Similar to the Vesselin Nikolov but with more basics of the fusion style, including synthesizers and standard riffology. 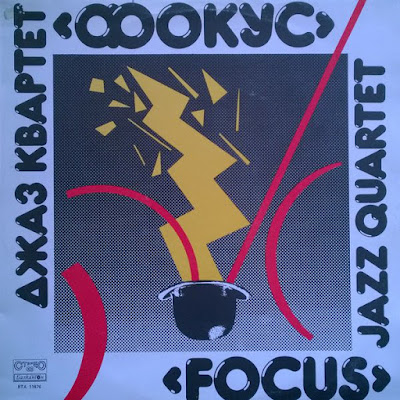 Prof. Simeon Shterev aka the Banana is a flutist, professor and composer, well known not only on the Bulgarian music stage. He loves writing jazz tunes, soundtracks and music for theater productions. He has made a number of recordings for the BNR and the BNT and has released solo albums. Simeon Shterev has graduated the Bulgarian State Conservatory in Sofia (now the National Music Academy) in the flute class of prof. Yordan Kindalov. He laid the start of his career in 1967 with Focus Quartet with which he earned the award of the in 1967 at the Montreux jazz festival. In 1968, he was named best jazz flutist of Europe and the German magazine Jazz Podium ranked his second in the world.

Simeon Shterev has been on the stage for 60 years now. Here is more from what he added:
“I started performing at concerts when I was 10 years old. I played the accordion and the piano in the accordion ensemble at the Palace of Pioneers. At that time, this was the biggest and most reputable orchestra in Sofia. My concert activity started when I was a child. Meanwhile, there was no recording equipment at the BNR. All musicians were playing live and I am talking here about the early 1950s. We made concerts in Bulgaria hall. I have played for 25 years in Symphonietta orchestra with the BNR and then I decided to start a solo career. I have made many recordings in various genres such as chamber, opera, symphonic and jazz music.”

Over the years, Simeon Shterev has earned the recognition of European music critics too who define him as one of the best jazz flutists. His name has been placed in the top of various international jazz charts. During his professional career, he has received numerous awards from festivals.

In 1974, Simeon Shterev became professor in flute at the Pop Music department of Pancho Vladigeroff Music Academy in Sofia. Here is how he describes his work with students:
“Almost all young musicians and part of the singers currently popular in Bulgaria have been my students. I have played together with many of them. They are talented and continue to walk their paths as solo artists. They are already completed musicians and some of them are at a high European level”.
Posted by Zen Archer at 2:54:00 AM 1 comment: Links to this post 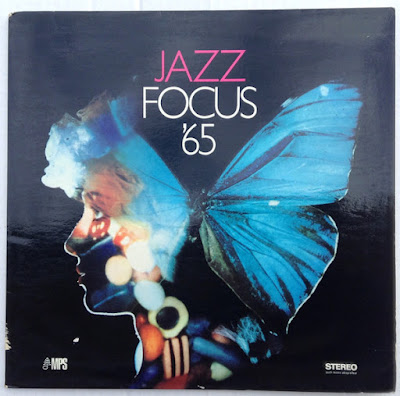 It’s astonishing this band even existed given the period’s chilly Cold War atmosphere and dearth of jazz in their native Bulgaria; even more incredible that they were not only popular in Western Europe – they were good. By 1967 the quartet was playing festivals and concerts throughout the continent. In 1968 they won the international critic’s prize at the Montreux Jazz Festival. The French newspaper The New Observer remarked that the band had “…the furor of Albert Ayler, the storm of Elvin Jones, and the daring of Cecil Taylor.” The Geneva Tribune marveled at their “expressiveness and virtuosity”. The players were classically trained, and there is an element of ‘chamber jazz’ in their music. Blues In Ten reflects the quartet’s Bulgarian folk roots, while Monday Morning has a balladic feel with smoking flute and piano solos. The Beatles Yesterday begins as a march before skyrocketing up-tempo. Only at the end is there a hint of the melody. The four dis-and-re-assemble the melody and form of Parker’s classic blues, Billie’s Bounce, and Autumn Sun straddles structure and freedom. Changing tempos from breakneck to medium swing, Blues In Twelve is a virtuoso tour de force. Beautifully rearranged for quartet, the brief Badinerie is the final movement of Bach’s Suite in B minor for Flute and Orchestra. A unique quartet whose music continually surprises! 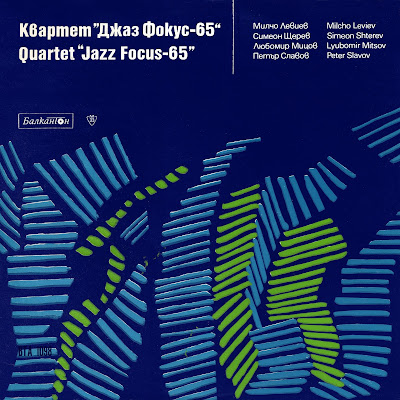 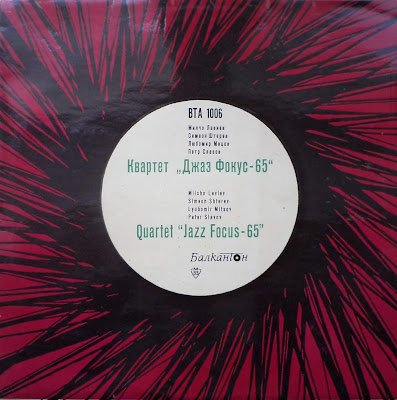 In 1982, four bearded men hit a stage in Los Angeles. They were not just any men. And the stage was not just any stage. It was located at the Tonight Show’s studio. The gifted musicians show host Johnny Carson had invited were the drummer Ralph Humphrey, bass hero Jimmy Lancefield, and flutist Jim Walker.

Another gentleman was sitting behind the Fender Rhodes keyboard. He was the leader of this band called Free Flight, and he had a name some Americans could hardly pronounce: Milcho Leviev. He and his fellow band members delivered Dave Brubeck’s “Blue Rondo à la Turk” to the millions of television viewers that night. And they did not just play the tune, but they made it stick. They nailed it. Their performance was of the highest musical quality imaginable.

The late Johnny Carson was stunned. He even did something he had never done before, with any band, during the 20 years he had hosted his show by then: Carson asked Free Flight to be back on his show the next evening.

But this story started 45 years earlier, halfway around the world. To be precise: Milcho Leviev was born in Plovdiv, Bulgaria’s second largest city, on December 19, 1937, to a Jewish father and an Orthodox Christian mother. It was two years before WWII started, six years before the Bulgarian Jews would be saved, and seven years before Bulgaria would be “liberated” by the Soviets.

In the Bulgaria of 1960, the communist regime was controlling all aspects of life for the citizens. It told them where (not) to travel, what to think and say, and to spy on their families and neighbours. Whoever was branded enemy of the state, for whatever reason, by the notorious state security service, would disappear and be brought into labour camps.

That year, in the middle of the Cold War,  Leviev graduated from Sofia’s excellent State Academy of Music, where he had been majoring in Composition and Piano under the Professors Pancho Vladigerov and Andrey Stoyanov. Leviev, now 23 years old, was about to start a stunning career.

Not only did the young and gifted composer and pianist, who was almost drowned in prizes, become conductor of the Bulgarian National Radio Big Band, but also conductor and guest soloist of both the Sofia Philharmonic Orchestra, and the Plovdiv Philharmonic Orchestra. Back then music equalled Milcho Leviev. And Milcho Leviev equalled music. That still applies today, decades later.

In 1965, Leviev founded Focus 65, a Jazz quartet he would take to the newly founded Montreux Jazz Festival soon, where it won the Critic’s Prize. From that moment onward, Focus 65 would be touring Europe as if there were no tomorrow.

The year 1970 was a fateful one for Milcho Leviev. Communist Bulgaria had given the musical genius an excellent education, but also a headache. During those years, the regime had told him how to name his compositions, and which music genres he should (not) play. Well, they came to the wrong person.

“I was banned from the Union of Bulgarian Composers, for hooliganism. And I resigned from the National Radio Big Band because they could not stand Bossa Nova and told me what to play. The communists said: “What is this? You can not resign.” So, I asked them: “Where in the Constitution of the People’s Republic of Bulgaria does it say so? So, a citizen of this republic can not resign?” They said I had a “very big mouth” and told me to “watch out”.

He was also “invited” to join the Communist Party. When he refused, he was warned. They came up to him three times. After the third time, it was time. “I knew I had to get the hell out of Bulgaria”, Leviev told The Sofia Globe. Because he had a child, the decision to defect was not easy for him at all.

He took all risks and defected. On that train which left Sofia one evening in 1970, he could have been caught and then punished, as an enemy of the state. But he made it to Germany, then to America.

For almost forty years, from 1970 to 2010, Milcho Leviev lived in Los Angeles. At first, he was given food stamps, while he started playing with fellow Jazz greats, such as Don Ellis. “Don gave me a loan, since I needed a car. So, I bought an old Ford Falcon for 400 Dollars”, Milcho Leviev said. “It took a year, and I was in the studio. After three years, I bought a house in North Hollywood, with a swimming pool and everything.”

Not only did he perform and record with absolutely everyone in the Jazz world, including Billy Cobham, Art Pepper, Dave Holland, Al Jarreau and Airto Moreira. He also became Musical Director for Lainie Kazan and founded Free Flight, that formation which did not only stun Johnny Carson and his viewers, when four bearded men nailed it on stage, but also hundreds of thousands of fans, who purchased their records.

In 2010, at the age of 72, Milcho Leviev thought it was time to move back to his home continent. “After almost 40 years, I could not stay in America anymore. I was there from 1970 to 2010 and I saw the country go down. I knew it was not good in Bulgaria either, which is why I would not live there anymore.”

But the genius composer, who now lives in Greece, comes to Bulgaria on a regular basis, in order to do his Summer School at New Bulgarian University, and for performances. This year, he will come more often, since his upcoming 80th birthday will be celebrated several times.

Milcho Leviev does not seem 80, but more like 60. “That’s the problem with me. I thought when I get old, I would cool off and be very careful. How much time is left? Will I live two more years or 10 years? Time is short. My wife, Vicky, she is my saviour.”