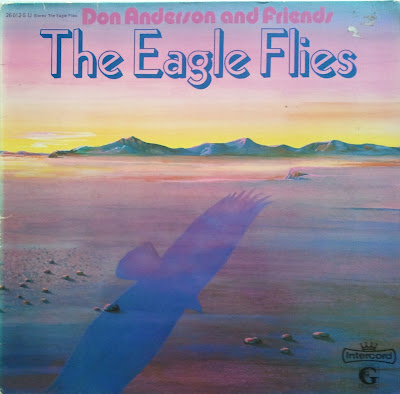 Occasionally one comes across an album that vaults into the position of a personal favourite, perhaps due to quirks of the songwriting that especially appeal to one's taste, and subsequently in one's own musical rotation it circulates regularly and repeatedly.  This is such an album for me. I confess it's not the most progressive album imaginable, but in its perfect use of early seventies grooves, its Santanaesque energy, and particularly the wonderful depth of the singer's art, it's a small masterpiece in its own style.  I feel it would only be right for me to share my enjoyment with others rather than keeping it to myself.  It would be too much to hope that one day these fabulous songs could be heard on the radio, even satellite radio, for which media they are absolutely perfectly suited in fact, but at least I can feel comforted somewhere out there someone else will be singing to themselves these same great lyrics.

First some quick facts.  Don Anderson was Edo Zanki.  The blurb from discogs states: "Croat musician, vocalist and producer, born 19 October 1952 in Zadar, Yugoslavia (presently Croatia).  He moved to Germany with his family at the age of 5."  Prior to this record he made "Feelin' Alright" which in my opinion is not to the same high quality.  Notice that after reverting to his birth name he made several pop or rock albums later in the seventies.  I have no idea what is their musical value but am curious if anyone might know, particularly I wonder if he hit his peak in the early or later seventies.

These records remind me of the Australian band "Pirana" well-known to progressive fans.  The interesting songwriting combined with the slightest Santana influence and the great funky energy were typical of the seventies.

Yes, the war keeps on rolling, the eagle flies, and no one thinks of the reason why....
Posted by Zen Archer at 3:48:00 PM 1 comment: Links to this post 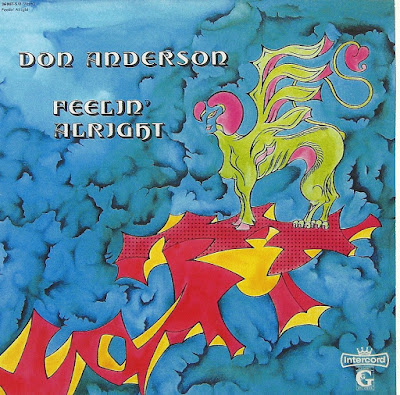 
There is a godfather of German soul . However, this is not the suspected Xavier Naidoo . For on October 19, 1952 in Zadar / Croatia born Edward "Edo" Zanki was earlier in several ways.

Already as a five-year-old he moved with his family to Karlsdorf in Germany. Edo's older brother Vilko encourages him to take his first steps in music. He plays the keyboards for various bands and participates in the songwriting. The reward of all efforts: Edo receives a record contract from the Global label.

But the successes are initially within manageable limits, he tries in different styles and is still looking for its own profile. Under the stage name Don Anderson appear the longplayer "Feelin 'Alright" (1972) and "The Eagle Flies" (1973).

Between the solo activities, Edo makes a name for himself as a songwriter. Titles from him are interpreted by established singers like Joy Fleming and Tina Turner . At the end of the seventies he became known to a wider audience through the well-received albums "Jetzt Komm 'Ich" (1977) and "Jump Back" (1979). Live performances with their own band as support of The Who and in the festival network with, among others, Nina Hagen and Udo Lindenberg increase the reputation of the artist.

He is very popular with colleagues and continues to work as a composer for other artists. With the song "The Dancer" (1983) for German rock -lady Ulla Meinecke succeeds him a nationwide charts success. Despite a number of diverse solo album releases Zanki continues to be a secret. In 1986, he and the rock singer Ina Deter landed another single hit with the single "Du Hast 'Ne Lad Dynamit".

The versatile Edo has long since made a name for itself as a producer. 1999 begins a close cooperation with the sons of Mannheim . Also Sabrina Setlur relies on the skill of the native Croats. In collaboration with the Mannheimers, Xavier Naidoo and Till Brönner , in 2001 the title "Viertel Vor Nine ...", which actually came into being in 1977, now turns up in clubs and charts as "Give Me Music".

In the following years, Zanki is always busy in terms of commissioned productions, live concerts and various projects. For Thomas D. 's success album "Kennzeichen D" (2008) he writes the title "Wir brauchen Dich". In André Heller's show "Africa! Africa!" Edo works as musical director. In addition to the release of his own new work "Too Many Angels", he is also responsible for the production of the Julia Neigel comeback album " Neigelneu " in 2011 .

This early album was not as perfected as the next one, The Eagle Flies.  It's more bluesy and basic rock.  The fact that the album's title is a cover version of the old radio hit "Feelin' Alright" gives you a significant clue.  There are some well-composed rock songs in here but not much of the interesting mild progressive aspects of the next record.  I find the singer's voice really really enjoyable though, this is a man like Mick Jagger who was born to sing rock music.
Posted by Zen Archer at 3:44:00 PM 1 comment: Links to this post