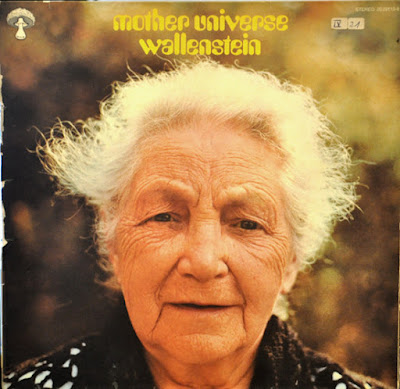 Does Wallenstein's "Mother Universe", their second album, hold it's own with their astounding debut "Blitzkrieg"? My answer is yes. There are some differences in this second effort, but also some continuity with it's predecessor, with the result being an album that holds it's own, but is still classic Wallenstein.
The differences are that this album has real vocals, the songs are shorter, and the mixing of instruments is sometimes altered. On some tracks in Mother Universe, Jurgen Dollase's keyboard work is less to the fore than on Blitzkrieg, and the resultant song feel in some cases leans more towards a psych direction than a classical music structure.

Then, there are the previous Wallenstein characteristics apparent. Dollase's deeply moving keys playing, obviously classically inspired at times, the playfully aggressive guitar work going on at the same time at times, and the creative bass and drum work, as well. And the compositions are Dollase's, as in the case of the debut album.

On Mother Universe, the vocal work and instrumental play go together really well, and make for a balanced album, though it is instrumentally where this band really shines. Mr. Dollase's keyboard work is especially delightful, and a thrill to follow on this album, as well. Vocally and instrumentally, there is real unbridled emotion going on here, and what would music be without real emotion? The whole record is very moving, and displays some of the greatest music of the symphonic prog world, period.

Wallenstein would not peter out after these first two masterpieces, and continue to create some great music, up to, and including the album Charline, an album which is a far cry from this one, but good, nonetheless. Mother Universe is definitely one of the band's very best
Posted by Zen Archer at 8:08:00 PM 1 comment: Links to this post 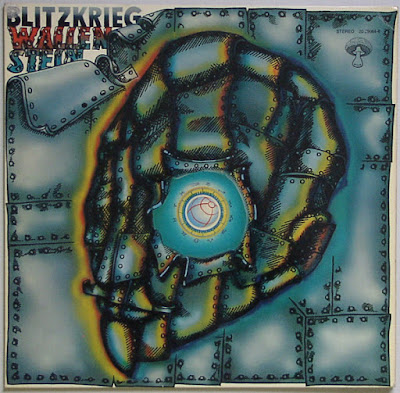 WALLENSTEIN were a band that transcended a number of musical styles during their decade-plus of existence, from early krautrock to symphonic to space rock toward the end of their existence.

WALLENSTEIN's original lineup was centered around keyboardist/vocalist Jürgen Dollase and drummer Harald Großkopf, both of whom would go on to make names even bigger for themselves in the German music business (Dollase with THE COSMIC JOKERS and Großkopf as a founding member of ASHRA and later the CENTRAL EUROPE PERFORMANCE). The band was originally named BLITZKRIEG, but as they readied their first studio release the band discovered a prior band with that name so changed theirs and retained 'Blitzkrieg' as the title of that first album.

Großkopf would leave the band following the 1975 release of "Stories, Songs & Symphonies", and was replaced by former ZOPPO TRUMP drummer Nicky Gebhard. This began a stretch of several lineup changes in the band, including the Genhard's replacement of Charly Terstappen, who would himself move on as a member of the skirt band THE LORDS; the addition of Achim Reiser on violin and Dollase's brother Rolf on flute; Jürgen PLuta on bass; and Gerb Klocker on guitar.

The band's sound evolved from a straightforward kraut sound into a harder style reminiscent of AMON DÜÜL II or CAN, heavier on screaming guitar and piano with only sporadic mellotron for accent, and with the addition of violin and flute the band would adapt a truly symphonic sound for their later releases.

By the close of the seventies only Jürgen Dollase remained from the original lineup, and the band faded into oblivion following the 1981 release of "Ssssssstop!".

One of Germany's longer lasting bands had first started as Blitzkrieg (until they found out a British band used the name as well) and changed their name to Wallenstein and kept their former name for the album, gracing it with a war-themed gatefold cover. Produced by the unavoidable Dieter Dierks and released on the ultra collectible Pilz label in early 72, this debut album is stunning effort that transformed the 200 MPH speed notion into music. Keyboardist Jurgen Dollasse's very international group comprised of a Dutch bassist Berkers, an American guitarist Barone and fellow German drummer Grosskopf (big head), but clearly jurgen is the star of the show with his battery of keys, mainly piano, but harpsichord and mellotron, but surprisingly no organ.
Just four tracks on this corking red-hot album, all well above the 7-minutes, and not one weaker than the others. The 12-min instrumental Lunetic starts on harpsichord arpeggios, before the group is adopting a binary rhythm, until they break free of it and stroll on through constantly shifting patterns, with Barone pulling one or two solos over Dollasse's harpsichord. Less than halfway through the track, the track dies down, letting Dollasse (sole songwriter) slowly rebuild it back, but the man is taking his sweet time for our pure enchantment. What a performance, even if the track overstays its welcome by roughly one minute!! The 10-mins Theme is a no-less impressive slow starter, with Dollasse singing (3 minutes into the song) from behind his piano (but plays synth and mellotron as well), almost a one man show, but so well supported by Grosskopf's excellent drumming and Barone's discreet but efficient guitars. The track is a succession of seesaw moods that takes from exaltation to sadness to reflection inside the half-minute.

On the flipside, the 14-mins instrumental Manhattan Project is obviously the "pièce de resistance" (main course) in the Wallenstein menu; whatever they managed so wall on the A-side is here multiplied by four, the group shrewdly tearing spine chills and tears of joy from you, as it moves through the constantly evolving web of moods they spin around your dizzied brains. Closing the album is the almost 8-mins Audiences, Dollasse's singing (lacking the perfection of The Theme's vocals) giving way to a mellotron and the band picking their usual tricks and twists.

A stunning debut symphonic prog album, one of Germany's very best, Blitzkrieg is a must-belong in every proghead's collection, for fear that it wouldn't be worth a penny without it. What a corker this album is!!