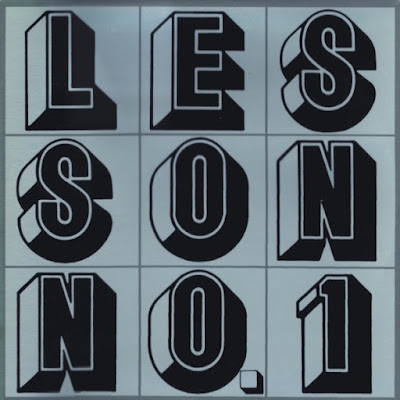 Glenn Branca's compositions center around multiple guitars -- four or more, heavily amplified -- augmented by a rock-based rhythm section of drums and bass. In later works, the composer began adding other instruments, including mallet guitar, keyboards, and occasionally a second drummer. Branca's minimalist compositions frequently require unusual guitar tunings -- more recent works have them strung with two sets of three strings tuned an octave apart. Many of downtown New York City's more notable experimental guitarists have been a part of his ensemble, including Thurston Moore and Lee Ranaldo of the punk rock band Sonic Youth. Branca studied performing arts at Emerson College in Boston. Much of his '70s output was composed for experimental theater, and was performed by his two ensembles, Theoretical Girls and Static. In the '80s his compositions for the Glenn Branca Ensemble included the several symphonies for which he is best known. He's received many commissions from such groups as the Twyla Tharp Dance Company, the Brooklyn Academy of Music, and Bang on a Can, to name just a few. Branca's music has also been heard in films and performances by Peter Greenaway, the Alvin Ailey Dance Company, the Joffrey Ballet, Eric Bogosian, and many others. Branca's 12th guitar symphony was performed at London's Barbican Centre in 1998. His works have also been performed by traditional symphony orchestras, including the London Sinfonietta, the Minnesota Opera Orchestra, and the Graz Festival Orchestra.

In the late 1970s, Branca was a member of no wave band Theoretical Girls. While he was out of town touring with the Static, Max's Kansas City invited Theoretical Girls to perform for a 1979 Easter festival. Branca convinced the venue to book him for a solo gig, and he assembled a group that included Barbara Ess and Christine Hahn. The group performed "Instrumental for Six Guitars", and its sound convinced Branca to continue composing for multiple guitars. He began performing solo at rock clubs and avant-garde venues such as The Kitchen. Branca "wanted to make sure [his music] was understood as rock and nothing else."

Branca knew Ed Bahlman, who sold independent singles at a store run by his girlfriend, and asked Bahlman if he would be interested in starting a label and releasing a record by Branca. Bahlman knew little about recording, pressing, and distributing records, but Branca had some experience with Theoretical Records. Having seen some of Branca's shows, Bahlman agreed and decided to make Lesson No. 1 the first release by 99 Records.

Branca needed guitar players to form a large guitar orchestra, and he posted fliers at record stores in downtown New York City. He held auditions at his apartment where he conducted guitar players. Thurston Moore, who performs on "Bad Smells", auditioned at the recommendation of his girlfriend Kim Gordon but was rejected. Rhys Chatham of the Gynecologists was initially upset after hearing the new band, feeling that it was reusing his ideas.

Branca's group performed around New York and was invited to perform at the Walker Art Center in Minneapolis. When three musicians pulled out, he recruited guitarist Lee Ranaldo. Ranaldo had seen Branca's ensemble perform at The Kitchen and lived in the same building as Branca's friend, pianist Anthony Coleman. Branca bought tickets providing unlimited flights for three weeks for what became his first tour. The tour began in December 1980 and included Ranaldo, Ned Sublette, David Rosenbloom, Jeffrey Glenn, and Stephan Wischerth. They traveled the country performing "Lesson No. 1 for Electric Guitar", "Dissonance", and "Compositions". Ranaldo, who performed with a six-string guitar strung with E6 strings, emerged as a foil to Branca. The two would playfully butt heads or guitars onstage. Some of the tour's audiences were unfamiliar with art music and heckled the band by calling the work "devil's music".

Upon Lesson No. 1's original release, John Rockwell wrote for The New York Times that "the effects and textures Mr. Branca achieves are really remarkable, and the sound…is unlike anything in music." AllMusic called the EP "a powerful, wrenching, transcendent piece of rock guitar classicism". Slant Magazine said that the EP is "primarily interesting as a historical curiosity that provides deeper insight into the genesis of Branca's music". Pitchfork Media commented that "the sound remains close enough to grab hold of you and lift you into Branca's intense world." The publication included "Lesson No. 1 for Electric Guitar" in its collection of The Pitchfork 500.

Despite only selling a few thousand copies, Lesson No. 1 became a seminal work in New York City's no wave movement. It became an influence on Moore and Ranaldo's work as members of alternative rock band Sonic Youth, and it paved the way for other experimental rock bands such as Swans.

Lesson No. 1 was Glenn Branca's first release as a composer. Originally issued as a 12" EP, or mini-album, it featured two tracks, the beautiful and accessible title track -- composed as a response to listening to Joy Division's "Love Will Tear Us Apart," and the frenetically assaultive "Dissonance," which has lost none of its power. The players on this date were organist Anthony Coleman, drummer Stephen Wischerth, F.L.Schroder on bass, Branca and Michael Gross on guitars and, on the latter track, Harry Spitz on Sledgehammer. This compact disc reissue on Acute contains "Bad Smells," an unreleased track from the Ascension sessions that came two years later. The band here features five guitarists: Branca, David Rosenbloom, Ned Sublette, Lee Ranaldo, and Thurston Moore, as well as bassist Jeffrey Glenn and Wischerth. There is also a QuickTime video movie of "Symphony No. 5" included. One of the most compelling things about this release is how fully developed Branca's ideas were even at this early juncture. His micro- and over-tonal notions as overlooked visceral elements in rock & roll prove worthy mettle here, and even on "Dissonance" with its catharsis and knotty harmonics, rock & roll is never far from the fore in his method. "Bad Smells" has a different, more complex dynamic, especially from the outset, but the sense of urgency is there, along with the shimmering, barely hidden melodic frames that keep the entire thing evolving on the axis of its pulse. Guitarist Alan Licht provides a fine critical history and appreciation in his liner notes, making for a historically relevant package. But in spite of its obvious contribution not only to vanguard music, but to Sonic Youth's sound, the music here is actually pleasant and compelling to listen to, and does not sound like a relic out of time and space, or a curiosity piece from long ago. Lesson No. 1 is a powerful, wrenching, transcendent piece of rock guitar classicism that, if there is any justice, will get a wider and more appreciative hearing in the new century.

Glenn Branca has died, his wife and frequent musical collaborator Reg Bloor announced on Facebook. He was 69 years old. According to Bloor, Branca “passed away in his sleep last night [May 13] from Throat Cancer.” 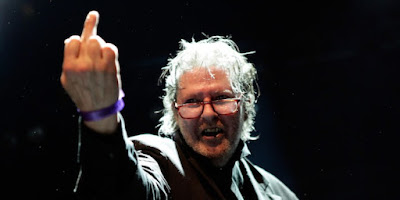 May his memory be a blessing to us all.
Posted by Zen Archer at 1:45:00 AM 3 comments: Links to this post