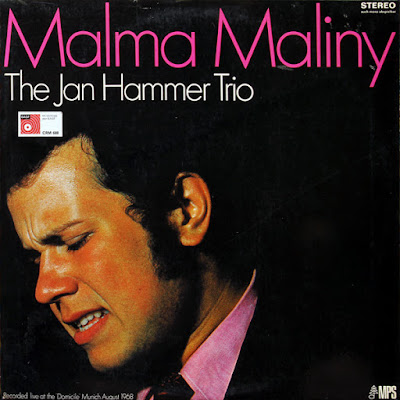 There are a couple of exciting anecdotes accompanying this live performance - both sad and funny. Let’s spare the funny one for the end and begin with the rather sad, political stuff. Being accepted for a scholarship at Berklee College of Music in Boston 20 year old Hammer, enthused by jazz from an early age on, left his homeland and arrived in Munich for an intermediate stop. Just as he worked there in studios and was booked by the legendary musician and club owner Ernst Knauff for his “Domicile” during the August of 1968, the Russian army invaded Czechoslovakia. The next month Jan flew for New York, already having decided he wouldn’t come back after his scholarship. Arriving in the Big Apple he met his family, who at that period lived in the States (Hammer senior, a doctor was following an offer for a fellowship year) and informed them about his decision. Whereas the family returned and had to suffer reprisals by the communist state from then on, Jan Hammer rose to fame within a few years as one of the most promising keyboarders of the fusion scene. From the Iron Curtain via München-Schwabing to Mahavishnu and, well, eventually “Miami Vice”.

It’s up to you to discover some hints to these turbulent transitions in Jan Hammer’s playing on “Maliny Maliny”. Anyway, it is a brilliant showcase of what this young man, consequently alternating between piano and organ, was already capable before even having started his international career. His colleague George Mraz, like Jan also on his way to Berklee, equals his talent. Just listen to the mighty closing piano solo in the highly energetic soul blues of the opening track “Make Love”, preceded by an acrobatic bowed solo by Mraz. Also bluesy but far more daring is “Braching”: Driven by an impulsive ostinato it drifts into free jazz territory, which is discovered in greater detail in the closing cut “Responsibility”. Hammer’s skills on the organ are even more astonishing: In “Domicile’s Last Night” he boisterously romps about, encouraged by Cees See’s inventive rhythmical work. In the “Goat’s Song” he unites soulful colours and virtuosity. And in “Waltz For Ivona” he dances along with a remarkable dry sound, one of Hammer’s seals of quality. Which brings us to the more relaxed but nonetheless intense moments, represented by the ballad-like, lyrical title track, full of allusions to Slavonic folklore and a swinging improvisational interlude. 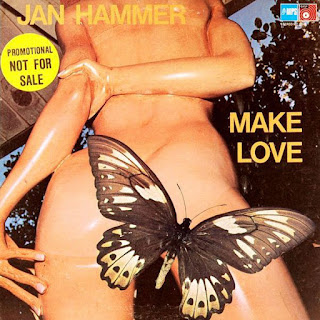 Finally, the funny note: Some of you may know these recordings as “Malma Maliny”. But they were never meant to be released under this name. It seems that Ernst Knauff not only was a clever impresario but a man with a bad handwriting, too. After having recorded the trio in his club he sent the results to MPS in the Black Forest - since it was them who were the lucky ones to release his tapes on vinyl - but no one could read the enclosed paper with the recording details written on it. Thus the first “Maliny” (the Czech word for “raspberry”) became “Malma”. Eight years later MPS licensed the album to an US company who even released it under the name of the first track, “Make Love”.
Posted by Zen Archer at 1:07:00 AM 1 comment: Links to this post