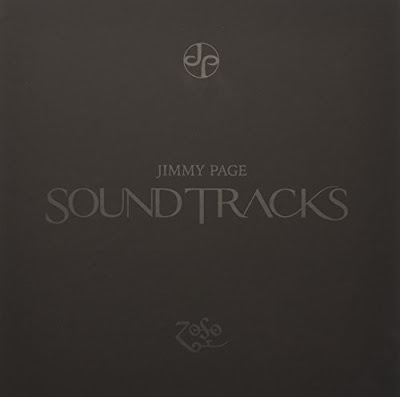 Firstly, there is the expanded Lucifer Rising (2 versions of the title track) - though I have a 3rd somewhere. The second one leads me to think that anyone remotely familiar with the Led Zeppelin 1977 tour may consider that he played a version of Lucifer Rising prior to Achilles Last Stand. Always wondered really now the evidence grows more real.. The theremin, oscillators and other analogue devices that feature on CD 2 (The 5 part Elements suite) gives rise to this thought.

But then we come to Death Wish 2. Now, some may think of this as a soundtrack that was ok in bits and meh in others. No longer. The remastering alone brings a depth to everything that makes the LP and my Japanese CD sound like a bootleg (but keep your copies, I shall say why soon).

The richness, depth and well, heaviness of the sound now makes this sound like the Led Zeppelin album that might have been. It sounds so good. The strings have the bass present (now) and the numbers that blend the rock and Bernard Hermannesque classical elements (sic) give a dimension and imagination to this recording that makes it a must not move far from the stereo type of set. It sounds like a beautifully conceived album with every piece the sum of the whole. Bliss.

There is however a kicker. And why you need to keep your old copies.Those familiar with DW 2 may recollect a big number called Big Band Sax and Violence. Well according to his liner notes this number was not only intended to launch a solo career (a single) before being shelved but supposed to feature on the remaster in a reappraised form. Indeed he devotes a, er, page to the topic. Trouble is, it's not actually present on the album (which finishes with a different version of Who's To Blame).

WTF? It's like the box set versions of Coda have  Black Mountain Side from the BBC Sessions on but is absent from the expanded version. Only worse. He went out of his way to say the number - Big Band that is, was  a feature and main theme. And forgot to include it.

Trust me, all this (music / comedy) is definitely worth the mere 18 quid of exquisite audio in one of the more nicer CD packages it was ever my pleasure to receive. He writes the liner notes and the booklet is a very nice inclusion. 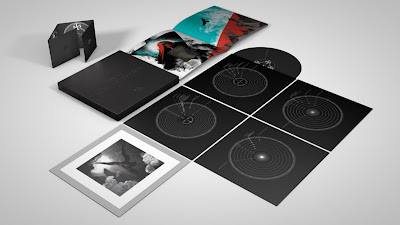 Led Zeppelin fans do please pay attention to this release. It's what we Zepheads could want from Page that does not have his usual crew in attendance for whatever reasons. Those musicians who do appear on DW do a superb job and this remaster really puts the master tapes in a context that may very well have you sobbing with gratitude. The rifferola of Jam Sandwich (briefly on USA '75 a Zep feature with Communication Breakdown); that exquisite fretless bass f'r instance just hits the money. The guitar synth and the harmony guitars on Who's to Blame are now distinct but the number that really gets me anyway is The Chase. Strings, drums, bowed guitar and all the shocks starts, stops, power and mystery... and it sounds so damned good. It's like Zep and Floyd and Bernard in one hit. What a trip.
Posted by Zen Archer at 3:59:00 PM 1 comment: Links to this post