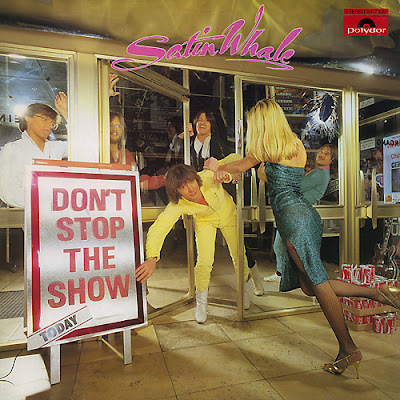 The German band 'Satin Whale' was founded around 1971 in the region of Cologne by Thomas Brück (bass, vocals), Gerard Dellmann (keyboards), Dieter Roesberg (guitar, sax ,flute, vocals) and Horst Schöffgen (drums). Their first record 'Desert Places' was released in 1974 on the green 'Brain' label, musically a typical example of German Seventies rock not unlike their stablemates 'Grobschnitt' and 'Jane' for the harder edge, with guitar and organ jams.

During a rock contest in 1974 ('Rocksound 74') 'Satin Whale' was elected the most popular German band. For the second release 'Lost Mankind' 1975 new drummer Wolfgang Hieronymi joined and the band changed to the 'Teldec' label, continuing musically in the same direction as their first record, with 'Jethro Tull' inspired flute-work. The band then went on tour as a support act for 'Barclay James Harvest'. This had a direct influence on their music and their third record 'As A Keepsake' was inspired by BJH, less rock and more symphonic influenced pop.

Their consequent tour served for the double live 'Whalecome', which showed the good musicianship of the band, giving room to extended improvisations, especially on the 17-minute long 'Hava Nagila. In the same year 'Satin Whale' released 'A Whale of Time', a good record especially the title track, an instrumental with a great string arrangement. In 1979 the band composed the soundtrack for the German movie 'Die Faust In Der Tasche' by director Max Willutzki. As the film was a popular and with their popularity rising the band released the same year 'On Tour'. In 1980 'Satin Whale' released 'Don't Stop The Show',their last and commercial record, together with Ex Triumvirat singer Barry Palmer and the band split up in 1981.