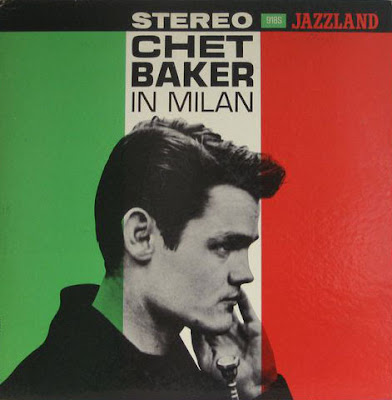 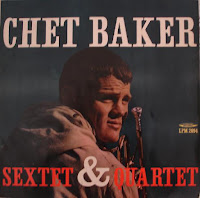 The last of Chet Baker's albums for Riverside/Jazzland finally sees him enter a territory in which he seems to feel more at home. As the title suggests, this album was recorded in Italy, far from the influence of American record producers. The result is certainly worthwhile. After a string of albums with famous sidemen and/or string orchestras, Baker returns to a much more basic small group line-up and records an album of standards with a couple of (then largely unknown) local musicians. There is nothing very special about the tunes or the technique; it's an album that simply works. Baker is playing comfortably and effortlessly all the way through, simply doing what he feels comfortable with, and one gets the impression that this is the way his previous Riverside albums should have been recorded.

A rare Italian-only album from Chet Baker – wonderfully cooking small group work that's a far bit greater than his more familiar "with strings" session recorded in Italy during the same period! The album's got Chet working with an array of great players from the local scene – including Gianni Basso on tenor sax, Renato Sellani on drums, and Glauco Masetti on alto sax – all in a groove that shows plenty of traces of that opened-up sound that Baker was exploring in the very late 50s – the modes he was crafting in his group with Phil Urso on tenor, as he started to get a bit more bit in his style! Yet there's also a nicely compressed approach going on here too – that west coast sound that was a strong influence on the Italian players of the postwar years, but which was unfolded to new ends in their hands
Posted by Zen Archer at 3:12:00 PM