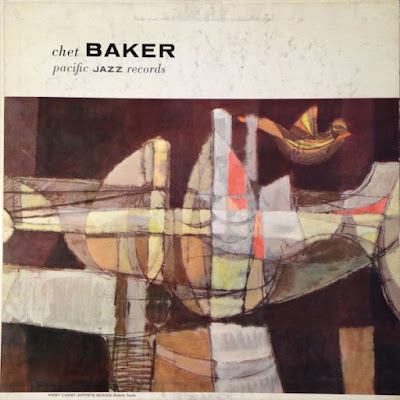 Although Chet Baker was becoming as famous for his singing as he was for his trumpet playing at the time this LP was issued, no vocal numbers were selected on The Trumpet Artistry of Chet Baker. As its title indicates and as producer Richard Bock confirmed in the original liner notes, the album was intended to showcase Baker’s best trumpet performances up to that date. Bock compiled unissued takes by Chet’s quartet with Russ Freeman (which were different from the ones previously released on EPs and 10-inch LPs), selected material from the Ensemble and Sextet dates, as well as a live quartet performance of “Russ Job” from a 1954 concert at the Tiffany Club (which, in its complete form, would only be issued several decades later). While the source material here is varied, the leader’s trumpet playing and Russ Freeman’s piano give the recordings a sense of unity, resulting in an interesting showcase of Chet’s instrumental skills at this early stage of his career.

A classic Pacific Jazz album, one that features Chet Baker laying back in three different ensembles – a quartet (with Russ Freeman), sextet (with Bud Shank and Bob Brookmeyer), and septet (with Jack Montrose, Herb Geller, and Bob Gordon). Arrangements are by Freeman, Montrose, and Johnny Mandel – and the set list includes a few strong originals, plus other familiar numbers, all done in the warmly intimate style of Baker's best early work.
Posted by Zen Archer at 2:13:00 AM