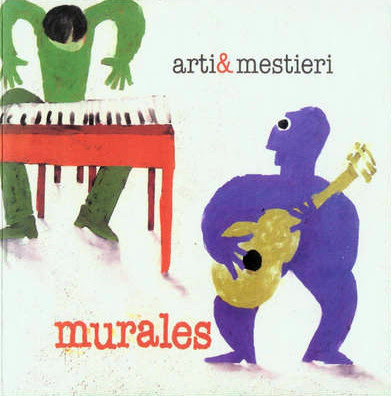 Arti e Mesteri's reunion album finds them taking on a much smoother, cooler, and laid-back approach to jazz fusion. Despite the presence of a few mischevious Zappa-esque flourishes here and there to remind us of the firey and mischief-loving albums of their early career, by and large this album leans much closer to the jazz side of fusion than the rock side - but when it's jazz as beautiful and soothing as this album is at its best, I'm not inclined to complain.
Unlike many other bands, Arti e Mesteri avoid falling into the trap of making a reunion album which tries too hard to sound just like their classic-era material: instead, they've produced a piece which shows they've paid attention to developments in fusion and jazz over the course of their hiatus. The end result is a capable album which sounds like an entirely different band. It's nice, but at points the production style does feel a little cold and hollow and the group don't quite have enough strong material to fill out the running time. Indeed, they resort to rerecording their own Gravitia 9.81 from their debut album to round things off.

On balance, this is no embarrassment, but at the same time it isn't a pillar of the genre in the same way Tilt was.
Posted by Zen Archer at 2:08:00 AM