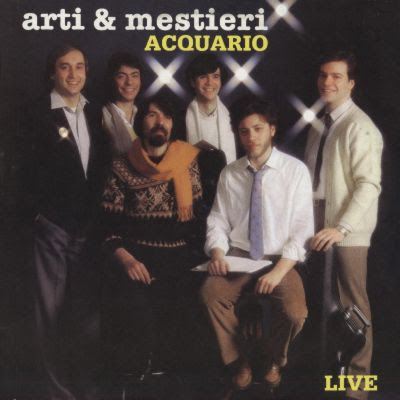 Well first of all as this work represents their comeback also on stage (dated 1983) but with a different line-up (except on the original member-Mr Chirico), I think that A&M showed a diverse clever approach and a great versatility too, in the early nineties, which is very interesting. The re-printed version by Electromantic makes me feel so good, cause of its live recording without any "post-production", as well as of its pretty jazz mood, being never banal. Antonino Salerno is a remarkable composer, involved with a difficult role: He had to replace Mr Rovella, the keyboardist, and this "event" is regarded as a remarkable effort still today, if you listen to some music critics.anyway actually- at that time- He was even helped by U. Mari on bass guitar and other important session men, playing the wind instruments in a noteworthy manner, which made his job easier.but as it's a bit lacking the reference to their past, above all talking about their recent music project, you can remain unprepared at the end: you're in front of a completely restructured ensemble; otherwise you could appreciate the piano solo (K. Emerson-oriented) in "Stagno e debiti", even though sometimes the instrumental section, being without any vocal parts , creates a "tiring" mood, especially for their new listeners.