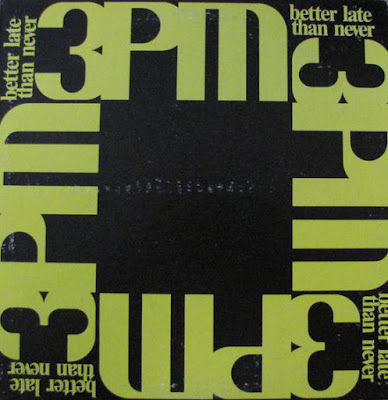 
Never heard of this Raleigh based fusion group?  Don't feel bad, not many have but this little gem from the early 80's is excellent.  There's some influence from Allan Holdsworth and Frank Zappa, which is rarely a bad thing. and two of their guys (Jerry and Doug) went on to form the first incarnation of the Steve Morse Band

The music is an eclectic mix of fusion, funk, prog and hard rock, and I gotta say, this caught me off guard. This is some damn good stuff, how come I've never heard of these guys before? The album starts off with "Banana Daquiri" a good solid song and a nice album opener that more or less showcases all of what they have in store. There's some heavy dual lead guitars, funky basslines and drumming, but it isn't quite as heavy as some of the other tracks and a bit cheesy in places. "Knuff" follows, a decent track but nothing too special. It has that early 80's cheesy jazz-fusion vibe which I normally enjoy, but here it just seems out of place and not really these guys' strong suit. It's passable, and not terrible or even bad by any means, but it's far from the best track here.

And now we get to "Blues Epilog", a fuckin' monster of an almost 7 minute track that's heavy as hell with near insanity levels of awesome dual guitar work, heavy funky basslines, and fantastic complex drum work. A five star song, no doubt. Starting side B is "One Step Ahead" which is... well, bad. After about 2 minutes of it I picked up the needle and manually moved it to the next song. It's lame, incredibly cheesy, and feels like it belongs on a cruise ship deck and certainly not on this album. The only good thing about it is it's the shortest track here.

"A River of Ears" on the other hand, is another of my favorites from this album. It's just as good as "Blues Epilog" for all the same reasons. Heavy guitars, fantastic playing all around, and more prog elements this time and varied instruments. Another 5 star track. Finishing off the album, "Better Late Than Never" is another great track. While not as good as "Blues Epilog" or "A River of Ears", it's still a fantastic track with probably the most prog elements of any song on the album, it's just not QUITE as heavy and in-your-face as some of the songs here. Still very good, and a great album closer.

Sadly overlooked, if you ever find a copy of this definitely buy it.