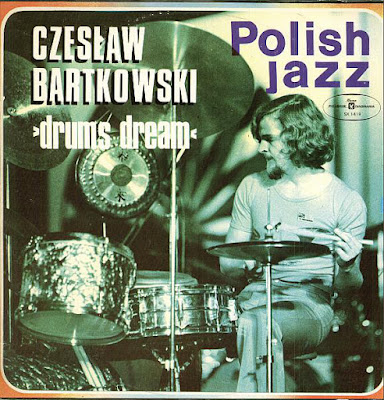 A drum-heavy set from Polish percussionist Czeslaw Bartkowski – mostly solo on most tracks, but with occasional accompaniment on trumpet, electric piano, and soprano sax on a few of the fuller numbers – plus some great funky big band arrangements at the end! The sound is often spare and moody, but also melodic – similar to some of Max Roach's solo percussion efforts – in that Bartkowski isn't too concerned with going too far out, or getting too free – just working drums and percussion within new modes in jazz! The last few tracks on the album flesh out the sound with fuller orchestrations from Jan Ptaszyn Wroblewski – in a way that's almost funky at times

Great album! Worth the rediscovery.