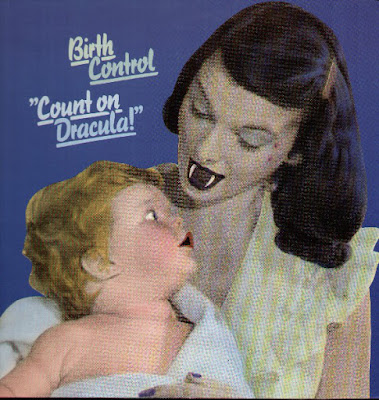 Recorded and mixed in October, November and December 1979 at "Studio am Dom" Cologne (The Sound Experience)

I don't know why people dislike this album. Sure maybe it's not their best effort but definitely worth of attention and not bringing shame on band. If all songs were as good as title track I'd give this album probably 5 but without more great ideas band served some good and some average tracks. Anyway this first tune is almost Black Sabbath like but the chorus is very catchy. Repeating that 'count on the count' is very funny play on words. The Rescue is abother hard rock song with good riff and strange keyboard sounds in the background. BTW keyboards don't play main role on the whole release. It's not Hoodoo Man. Sad Fan is lighter than previous two tracks and the rhythm section is a bit reggae - like. Not bad but not a highlight. Pick On Me in rthytm section is almost like 70's disco but fortunatelly it's a bit heavier than Bee Gees. Caterpillar again reggae tempo but this time it's more melodic than Sad Fan. I like this tune. It could be a hit if Birth Control were hits band. Limelight - more keyboards while Witchhunters more hard rockish. Well not bad. Maybe it's not such good as Hoodoo Man but who expected another HM from the band in late 70's? Songs 1,2, 7 are strongest moments on this release to me. The rest aren't bad, some are pretty average like Pick On Me but I think this album is good enough to give it a chance.
Posted by Zen Archer at 5:28:00 PM