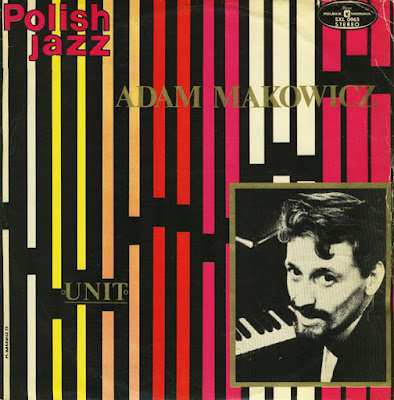 Adam Makowicz was born Adam Matyszkowicz on August 18, 1940 in Gnojník, though he is an ethnic Pole (The city is now in the Czech Republic).  After the war, he was raised in Poland and studied classical music at the Chopin Conservatory of Music in Krakow.  Government officials disapproved of the liberal improvisational style that is at the heart of jazz music. Despite the oppressive communist restrictions on Polish culture, he developed a passion for modern jazz changing his career path from  classical pianist to that of jazz.  It was years of struggle before he managed to get a regular gig at a small jazz club. It was in the cellar of a house in Krakow.  By the end of the 70s, Makowicz had established himself as one of the leading jazz pianists in Europe and was named "Best Jazz Pianist" by readers of a magazine called "Jazz Forum".  He was also awarded a gold medal for his contribution to music.   In 1977 he embarked on a 10-week concert tour throughout the US,  which was produced by John Hammond.  He also recorded a solo album for CBS called " Adam" and a year later settled in New York. Makowicz was banned from Poland during the 1980s after the communist regime declared martial law.  Makowicz joined many other artists and
celebrities in participating in Ronald Reagan's initiative named, "Let Poland Be Poland".

Though he is a solo artist, he has collaborated with such greats as Michal Urbaniak, Tomasz Stanko and Leszek Mozdzer as well as performed with the National Symphony Orchestra of Washington DC, at the Kennedy Centre, at the Carnegie Hall, the Royal Philharmonic Orchestra, London, the Moscow Symphony Orchestra, and other major orchestras at concert halls in Americas and in Europe.  His style has been compared to that of Art Tatum, Oscar Peterson, and Errol Garner among other contemporaries. He has specialized in classical piano as his education was focused on the classical piano.

He moved to Toronto Canada during the 2000s, and continued his career as a concert pianist and recording artist. Over his 40 year career,Makowicz performed with major symphony orchestras, such as the National Symphony Orchestra, at the Carnegie Hall, at the Kennedy Centre, and other major concert halls in Americas and in Europe. He has recorded over 30 albums of jazz, popular, and classical music, and made his own arrangements of compositions taken by Chopin, Gershwin, Berlin, Kern, Porter, Rogers, and other composers. Makowicz also wrote and recorded many of his own work.

Because his music so easily crossed cultural and musical barriers, and his performances reached such a varied audience,  he has been able to use music as a bridge between different cultures. He performed and recorded music by Chopin and Gershwin with the Warsaw Philharmonic, Moscow Philharmonic Orchestra, National Symphony in Washington, London Royal Philharmonic Orchestra, and other internationally recognized companies. The year 1999 marked the commemoration of 150th anniversary of Chopin's death. For the occasion, Adam Makowicz played his piano tribute to Chopin at the French Embassy in Washington. Makowicz demonstrated an extraordinary finesse, and originality in his interpretations of classical pieces by Chopin and Gershwin.

After years and years of collecting records, I’m still constantly surprised by how much music is out there in the world to be discovered. Trying to wrap my mind around all of the records that have come out in the U.S. is enough, but when I think about all the records released world-wide, just in the “in the pocket” funky years of 1967-1975, I fall into a deep existential depression that I’ll never be able to hear them all. Thankfully, running into records I’ve never heard of before, or only heard in passing, snaps me out of that “funk,” and reminds me that all we can do is appreciate what we do get in the short time we are here. Even the greatest record collectors, I mean the big time ones with so many records they lose count and lose space, only own a small fraction of the “great” records that have been released. Perhaps that’s why I persist through periods of inactivity to keep sharing music on this site, as there is so much music to discover.

Bartkowski has a ton of credits throughout the European jazz scene, though my limited experience with his playing comes down to this record and work down Michal Urbaniak (later in 1976 it seems he released an album under his own name called “Drums Dream” which I will be tracking down without a doubt before year’s end). What I’ve heard thus far, I’ve dug, and when you hear his snappy work on “Sacred Song,” or his own composition “Suggestion,” you’ll dig it too.

Today’s discovery is a little trip into the Polish Jazz scene courtesy of keyboardist Adam Makowicz. Makowicz’s “Unit” album is a part (Vol. 35 to be exact) of a long running series, just simply titled “Polish Jazz,” that is highly recommended for it’s overall quality and as a way of wading into what for me is largely uncharted territory. Like much of the sounds over in the States, by the time the series made it into the 1970s, things got a good deal funky. That’s certainly the case with this album, which only features Makowicz, almost exclusively on Fender rhodes, and drummer Czeslaw Bartkowski together as the titled “Unit.” And while Makowicz’s playing is top-notch, my love of this album is really all about the drums. Part of the joy of these kind of organ/drum duos is that you are absolutely guaranteed to have open drum breaks, and Czeslaw Bartkowski does not disappoint on that front.

Recorded in 1973 while Makowicz was a member of the Michal Urbaniak Constellation, this beautiful album is a daring vista to record in an intimate setting of keyboards and drums only. The other member of the duo is also a Constellation member, the veteran Polish drummer Czeslaw Bartkowski. All the music is original and Makowicz really shines on his Fender piano, similar to the parallel efforts by Herbie Hancock and Chick Corea. This memorable album gets better with time!