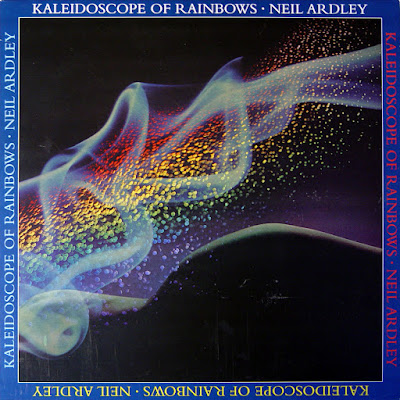 Recorded at Morgan Studios, London, 1976.
Special Thanks to Colin Richardson & Ian Carr.
Kaleidoscope of Rainbows commissioned by the Camden Festival with the aids of funds provided by the Arts Council of Great Britain.

This work, recorded in 1976, completed a trilogy begun with The Greek Variations and continued with A Symphony of Amaranths. All of these works are based on a sequence of notes that provide the foundation for composition and improvisation; Kaleidoscope of Rainbows uses the five-note scale of Balinese gamelan music and has been seen as an early example of world music. It is a fully-fledged piece of jazz composition and the work is, in The Essential Jazz Records, judged as one of the 500 best albums in the entire history of jazz and one of very few British works to be included. It is notable for its "elliptical, emotional tunes" [The Guardian] and a ravishing saxophone solo by Barbara Thompson.

Rainbows was the third album in a trilogy recorded by composer/bandleader Neil Ardley which started with '69's Greek Variations, reissued last year on Impressed, and continuing with '71's A Symphony Of Amaranths, rumoured to be up for reissue later this spring. In each of these albums, within different contexts, Ardley was concerned with, as he put it, "integrating the warmth and individual feeling of improvised music with the formal beauty of composition to the benefit of both." The context for Greek Variations was a series of variations on a Greek folk song, while for Amaranths it was settings of poems by Yeats, Joyce, and others.

For Rainbows Ardley nodded back to Greek Variations, this time developing the suite from the basic five note pelog scale used in Balinese music. It was also the album in which he first explored proto-electronic music—there are three, count 'em, synthesisists here—which became a key interest of his in the late '70s/early '80s.

The suite's seven movements, ranging in mood from the gentle and pastoral to the fiery and urgent, are seriously enjoyable through-compositions in their own right, and also the settings for a series of glistening solos from Ian Carr, Brian Smith, Dave Macrae, Geoff Castle, Paul Buckmaster, Barbara Thompson, Tony Coe, Ken Shaw, and Bob Bertles—with Buckmaster's electric cello on "Rainbow Three," Thompson's soprano on "Four," and Coe's clarinet on "Five" approaching the sublime. Kaleidoscope Of Rainbows lives up to every myth that developed around it during its wilderness years. A landmark album in British jazz.