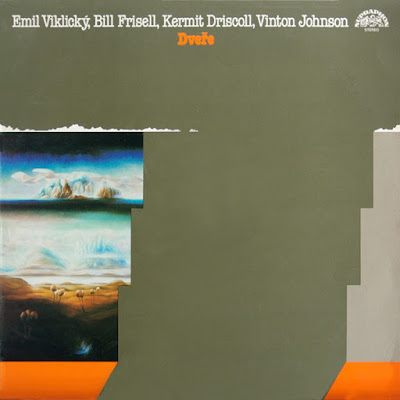 The rapport between these musicians is truly extraordinary and the resulting music still keeps the listener twitching involuntarily in his shoes. Viklicky´s compositions are brilliant as always, and the Funky rhythms don´t conceal his unusual melodic approach. Frisell fans will find this early recording also very interesting, as he was still in the stage of developing his unique playing technique. This music remains as relevant, as it was at the time of the recording and in retrospect it was remarkably advanced and quite ahead of its time. Of the countless fusion recordings made in the 1970s and since, this music is one of the few examples of unique identity, which did not blend into the background. It should be quite a revelation for a new generation of listeners exposed to it for the first time, over three decades after it was recorded, as well as those Fusion lovers who think they have already heard it all. I enjoy it now as much as I did the first time around, hoping more people will discover it themselves. A must for every fusion connoisseur!