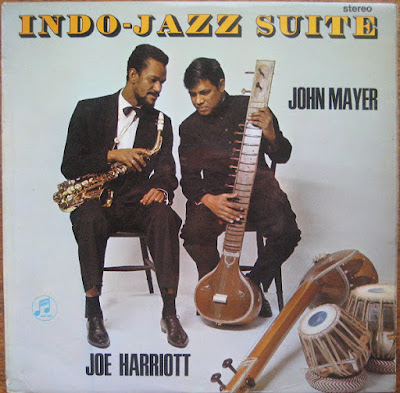 Joe Harriott's music goes virtually unheard today, yet the alto saxophonist exerted a powerful influence on early free jazz in England. The Jamaican-born and raised Harriott played with his countrymen, trumpeter Dizzy Reece and tenor saxophonist Wilton "Bogey" Gaynair, before emigrating to England in 1951. In London, Harriott worked freelance and in the band of trumpeter Pete Pitterson. In 1954, he landed an important gig with drummer Tony Kinsey; the next year he played in saxophonist Ronnie Scott's big band. His first album as a leader was 1959's Southern Horizon. Originally a bop-oriented player, Harriott gradually grew away from the conventions of that style. During a 1960 hospital stay, Harriott envisaged a new method of improvisation that, to an extent, paralleled the innovations of Ornette Coleman. Harriott was initially branded a mere imitator of Coleman, but close listening to both men reveals distinct differences in their respective styles. Harriott manifested a more explicit philosophical connection with bebop, for one thing, and his music was more concerned with ensemble interaction than was Coleman's early work. The 1960 album Free Form, which included trumpeter Shake Keane, pianist Pat Smythe, bassist Coleridge Goode, and drummer Phil Seaman, illustrated Harriott's new techniques. Beginning in 1965, he began fusing jazz with various types of world folk musics. He collaborated with Indian musician John Mayer on a record -- 1967's Indo-Jazz Suite -- that utilized modal and free jazz procedures. The album's traditional jazz quintet instrumentation was augmented by a violin, sitar, tambura, and tabla. Harriott's recorded output was scarce and virtually none of it remains in print.

At long last, Caribbean saxophonist Joe Harriott's classic collaboration with Calcutta composer and conductor John Mayer is back in print on this Koch CD reissue of the original Atlantic LP from 1967. In England in the 1960s, Harriott was something of a vanguard wonder on the order of Ornette Coleman. And while the comparisons flew fast and furious and Harriott was denigrated as a result, the two men couldn't have been more different. For one thing, Harriott was never afraid to swing. This work, written and directed by Mayer, offered the closest ever collaboration and uniting of musics East and West. Based almost entirely in the five-note raga -- or tonic scale that Indian classical music emanates from -- and Western modalism, the four ragas that make up the suite are a wonder of tonal invention and modal complexity, and a rapprochement to Western harmony. The band Harriott assembled here included his own group -- pianist Pat Smythe, bassist Coleridge Goode, and drummer Allan Ganley -- as well as trumpeter Kenny Wheeler, flutist Chris Taylor, Diwan Mothar on sitar, Chandrahas Paiganka on tamboura, and Keshan Sathe on tabla, with Mayer playing violin and Harriott on his alto. Of the four pieces, the "Overture" and "Contrasts" are rooted in blues and swing, though they move from one set of ascending and descending notes to the other, always ending on the tonic, and involve more than the five, six, or seven notes of Indian classical music, while the latter two -- "Raga Megha" and "Raga Gaud-Saranga" -- are out to lunch in the Western musical sensibility and throw all notions of Western harmony out the window. The droning place of the tamboura and the improvising sitar and alto shift the scalar notions around until they reflect one another in interval and mode, creating a rich, mysterious tapestry of sonic inquiry that all but folds the two musics into one another for good. Amazing.
Posted by Zen Archer at 1:24:00 PM