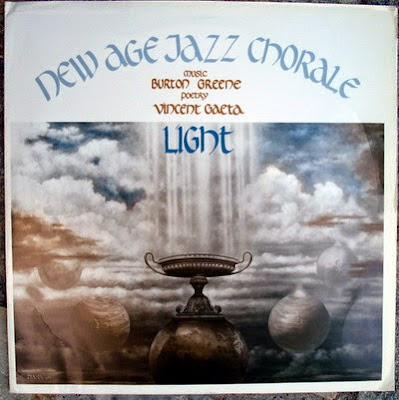 Originally from Chicago, he began his long career of many recordings and performances in New York´s legendary jazz scene of the 1960’s. He and Bassist Alan Silva contributed to the beginnings of free jazz in New York with the formation of their Free Form Improvisation Ensemble in 1963. He also co- founded the East West Trio with Indian sitarist Jamaluddin Bhartiya and percussionist Daoud Amin in 1973, one of the first World Music groups (and long before they called it that.) Since that time he has travelled all over Europe and the USA with performances and recordings of his compositions and arrangements in many different types of music styles and ensembles. As Burton says it: “Music is or should be universal, without limits.. Borders eventually become boring.. they should be transcended. I like all kinds of music as long as it´s not dull or repetitious or superficial.. as long as it´s creative and from the heart.” His 14 piece New Age Jazz Chorale (1975-78) did concerts and recordings in Europe, years before most other groups were termed as “New Age”. In the last 26 years he’s been busy with his klezmer, Sephardic, Balkan, jazz ensembles Klezmokum and Klez-Edge, and various jazz solo, trio or quartet combinations. He also has a solo orchestral electronics program, teaches jazz, world music workshops, and lectures. His autobiographical book written over 20 years: “Memoirs of A Musical Pesty-Mystic” appeared in print in 2001 (Cadence Jazz Books). His solo piano recording for Drimala Records: “Live At Grasland” was voted one of the top 10 CD releases in All About Jazz (2005). His groups in recent years based in New York and recorded on CIMP Records include a duet with bassist Mark Dresser, a quartet with trumpeter Roy Campbell, Lou Grassi, and Adam Lane. Concerts and recordings also on the CIMP label are his trio with Ed and George Schuller on bass and drums, and a quintet with the Schuller brothers, Russ Nolan on saxes and flute, Paul Smoker on trumpet. His solo piano CD “Retrospective 1961– 2005 came out in January, 2007 on the CIMP label. Burton’s group, a quintet: Klez-Edge had a CD Release in May, 2008: “Ancestors, Mindreles, NaGila Monsters” is on John Zorn’s Tzadik CD label in New York. Also Released on the Tzadik label in June, 2009 is the intimate duo CD: “Two Voices in the Desert” with Burton’s long time colleague and Klezmokum clarinetist Perry Robinson. A release (September, 2009) on Latham Records: “Groder & Greene”, spontaneous improvisations with Brian Groder, Rob Brown, Adam Lane, Ray Sage, and Burton. Porter Records brought out a rare recording: Burton Greene Quartet: “Live at the Woodstock Playhouse 1965” with Marion Brown, Rashied Ali, Reggie Johnson (February 2010). After that came 3 releases: Burton’s klezmer jazz group Klezmokum: “Where We Come From,. Where We’re Going” on the Music & Words label: (Netherlands–2011), a solo piano CD of his latest compositions: “Live at Kerrytown House”, on NoBusiness Records (Lithuania), and a duo electronics CD “Parallel Worlds” with Burton’s long time colleague Alan Silva on Long Song Records (Italy). The last 2 CD’s came out in 2012. Burton’s solo piano concert program of his recent compositions was presented in the Spring of 2013 in a 12 concert tour in the States, and in Europe together with a film about his life and music “Moldavian Blues” by the English documentary film maker Malcolm Hart. Recent releases (2015) include “A 39 Year Reunion Celebration”, a duo with Laurence Cook on Drums, (Boston– Studio 234 label), and “Flower Stalk—Burton with Open Field String Trio”, (Cipsela label– Portugal). Burton hooked up with the fine Paris label Improvising Beings in 2015 for the duo CD release with Burton’s long time “spiritual co-composing partner” composer/vocalist Silke Röllig: “Space Is Still the Place”, and a quartet with Alan Silva, Chris Henderson, Abdelhaï Bennani recorded at a Sunside/Sunset concert in Paris. Klez-Edge has a recent CD out on Burton’s label Disk Respect: “The Struggle Can Be Enobling”. Burton’s most recent release is on Improvising Beings (May 2017), his recent music on a double CD: “Compendium 2016-2017” recorded at the Goethe Institute and Bim Huis in Amsterdam. Burton’s music is featured on more than 85 recordings: records and CD’s.