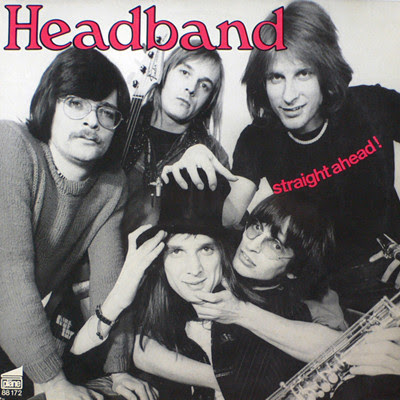 Recorded At – The Sound Experience Studio am Dom, Cologne

HEADBAND was a fusion band from Köln active from the early 70's and early 80's. Through their career they played a quirky kind of fusion comparable to that of PASSPORT for example, or on their earlier albums someone from the German jazz scene of the time like SURGERY. Even though they were active for a long time, they released their first album as late as 1979. Through all three albums they had a mostly stable line-up whose members were related in one way or another to other artists from the krautrock scene; like on the last album in 1982 when drummer Manni Von BOHR from bands like BIRTH CONTROL, MESSAGE and ALEX ORIENTAL EXPERIENCE joined the band.

Unexplored German progressive jazz funk on the fine experimental label pläne. Back to back quality, listen to Zero Zero to catch my drift.
Posted by Zen Archer at 10:11:00 PM