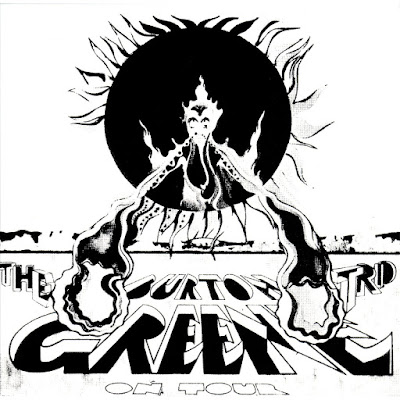 Press Quotes:
"Pianist Burton Greene ('37) is a major figure in the free jazz revolution of '60s New York." –Portland Monthly
"Pretty far out work from pianist Burton Greene...Steve Tintweiss on bass and Shelly Rusten on drums…give Burton plenty of space to stretch out in an open-ended, freely improvised sort of way. There's a very spacious, dynamic style to the music – with oblique segments interspersed with more wide open ones, and occasional crescendos with wide sheets of sound." – DustyGroove.com

Lost classic, recorded "live" during ESP's 1966 New York State College Tour. The "piano harp" credit is Greene's way of noting that he plays inside the piano, directly on the strings – the first jazz pianist to do so on record, taking a page from avant-gardist Henry Cowell's book. In his notes to the original LP, included complete in this reissue, Greene writes, "The tour found people largely unexposed to this music. They were often shaken up. Some were deeply moved. Those who came for a total body and soul experience were rewarded with the vibrations. The people who constantly needed the theoretical approach or 'road maps' were not.... Like the time a boat load of people left the hall at a lecture following a performance at Fredonia State Teacher's College. We had the audacity to tell people that not only was our approach to music valid but that often the results were as musically complex and often more so than, let's say Beethoven. Throughout the tour we continued to denigrate the idea of the 'sacred cow' and tried to encourage people to learn to do their own thing rather than to follow us blindly and mimic our techniques etc.
Posted by Zen Archer at 5:10:00 PM