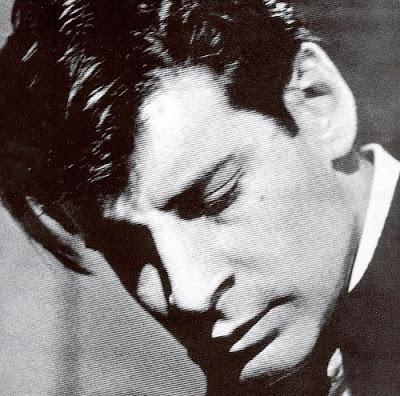 
Burton Greene (born June 14, 1937) is a free jazz pianist born in Chicago, Illinois, though most known for his work in New York City. He has explored a variety of genres, including avant-garde jazz and the Klezmer medium.

Greene rose to popularity during the 1960s on New York's free jazz scene, gigging with well-known musicians which included Alan Silva and Marion Brown, among a host of others. With Alan Silva he formed the Free Form Improvisation Ensemble in 1963.[1] He joined Bill Dixon's and Cecil Taylor's Jazz Composers Guild in 1964, and also played with a number of other artists, including Rashied Ali, Albert Ayler, Gato Barbieri, Byard Lancaster, Sam Rivers, Patty Waters, and others. During this time, he recorded two albums under his own name for ESP-Disk.

He moved to Europe in 1969, first to Paris. Since then he has been living in Amsterdam and played with such Dutch musicians as Maarten Altena and Willem Breuker. During the late 1980s he began exploring the Klezmer tradition in his groups Klezmokum (along with Perry Robinson), Klez-thetics, and a more recent group called Klez-Edge with vocalist Marek Balata. Klez-Edge has a recent recording Ancestors, Mindreles, NaGila Monsters (2008) out on John Zorn's Tzadik label. A duet with Perry Robinson, also on the Tzadik label, Two Voices in the Desert was released in January 2009.

"Although over 50 years have passed since the release of this album for ESP-Disk in 1966, Chicago-born pianist / composer Burton Greene still considers it to be one of his best recordings. All compositions are written by Greene and feature Marion Brown on alto sax, Henry Grimes on bass, Dave Grant and Tom Price on percussion and Frank Smith on tenor sax. Greene made his way to New York City in 1962 just as the free jazz movement was beginning to gain momentum. The following year he and bassist Alan Silva formed the Free Form Improvisation Ensemble, often considered the first spontaneous composition group. Greene has remained committed to music over the past four decades, most recently exploring his Eastern European Jewish roots with various klezmer-jazz projects.." - Forced Exposure

A typical ESP blowout, this CD reissue has the only recording of tenor saxophonist Frank Smith (who sounds quite intense during his lone appearance on "Taking It Out of the Ground") and features strong playing from pianist Burton Greene, long-lost bassist Henry Grimes, and either Dave Grant or Tom Price on drums. However, this set's main value is the improvising of altoist Marion Brown, who manages to sound both lyrical and very exploratory on the four Greene originals. Invigorating music from the free-jazz era.
Posted by Zen Archer at 4:37:00 PM