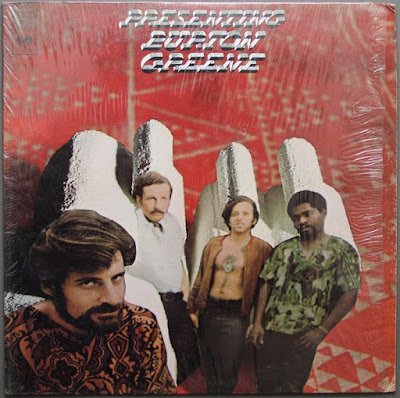 Burton Greene figured prominently in New York's free jazz movement of the '60s, performing with such major figures as Marion Brown, Sam Rivers, Gato Barbieri, and Alan Silva. As a child, Greene studied classical music at the Fine Arts Academy in Chicago; from 1956-1958 he studied jazz with Dick Marx. Greene moved to New York in the early '60s, as the city's free jazz movement was gathering momentum. There, he formed the Free Form Improvisation Ensemble with Silva in 1963 -- reputedly one of the first groups devoted to playing a wholly improvised music. In 1964, he joined the Jazz Composer's Guild. During the mid-'60s, he recorded for the ESP-Disk label as a leader, before moving to the Netherlands in 1969. Greene became something of a journeyman, performing all over Europe while maintaining a residence on a houseboat in Amsterdam. He recorded intermittently in the '70s and '80s. Greene became one of the few free jazz musicians to experiment with synthesizers. He's played solo and led various bands of unusual instrumentation; a recent project is a klezmer group called Klez-Jazz, which features clarinetist Perry Robinson. During the '90s, Greene recorded more frequently in the U.S., notably for the Cadence Jazz and C.I.M.P. labels. Greene's autobiography is entitled Memoirs of a Musical "Pesty Mystic" -- or -- From the Ashcan to the Ashram and Back Again, published by Cadence Jazz Books.

Certainly one of the more adventurous titles in the Columbia catalog, Presenting Burton Greene is a complex and fiery affair. Greene is teamed with bassist Steve Tintweiss, percussionist Shelly Rusten, and Byard Lancaster on both trumpet and alto saxophone. Lancaster is particularly hot and, when he isn't plowing through scales at 90 miles per hour, he employs a wide, Ayler-esque vibrato. Of particular interest may be Greene's use of electronics to augment his usual instrument of choice. The result could perhaps be described as Morton Subotnick-meets-Cecil Taylor as rapid, oscillating tones match and complement Greene's upper register runs on the (acoustic) piano. Free improvisation reigns on this date although most numbers begin and end with a theme of some sort or another. Many of these themes are quite catchy and, in a sense, help counter some of the more intense and somber improvisations with a touch of warmth and humor. "Slurp!," for example, gets things off the ground with a dissonant yet bouncing and playful head before Lancaster lets loose on alto, prompting the captain to leave the seat belt sign on until the turbulence subsides.