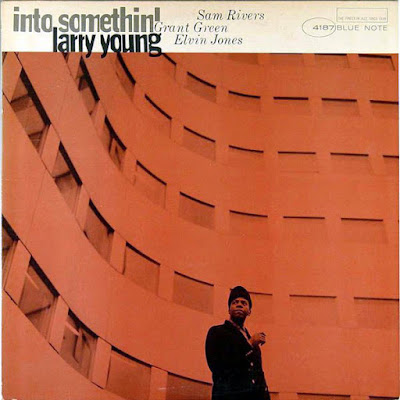 Releases information
The 1998 CD reissue of the album contains a quartet version of Ritha, whereas Sam Rivers doesn't appear on the original version of the album.


Larry Young who like most organists originally sounded close to Jimmy Smith, took a big step away from the organ's dominant influence on this adventurous and colorful set, which was his debut as a leader for Blue Note. Performing with a quartet also including tenor saxophonist Sam Rivers, guitarist Grant Green and drummer Elvin Jones, Young performs four of his originals plus Green's "Plaza de Toros." Other than the blues "Backup," the music is fairly complex, grooving in its own fashion and showing that Young was quite aware of John Coltrane's modal excursions.
Posted by Zen Archer at 12:31:00 AM