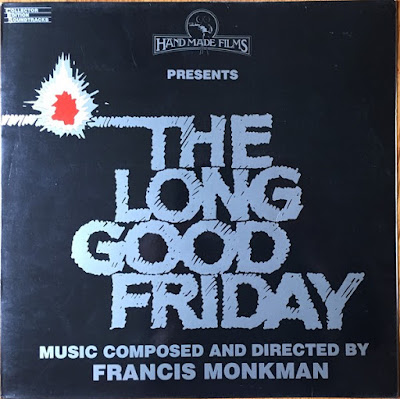 By turns emphatic in its pulsating structure and spooky in the icy suspended tones that Monkman uses, this underscore album might well leave the listener wondering why Monkman (formerly keyboardist with Curved Air and Sky) did not do more film scores. Monkman's music was a key component of the film, a 1981 British gangster piece starring Bob Hoskins (also providing creditable vocals on "Talking To The Police") and Helen Mirren, particularly notable at the end of the film as Hoskins, grimacing silently, is driven away to his doom while Monkman's score tightens the tension to the screaming point. We are never shown what happens to Hoskins' character - likewise, Monkman never provides a conclusive release of the tension. Masterful work.
Posted by Zen Archer at 5:40:00 PM