Francis Monkman - 1981 - Dweller on the Threshold

Francis Monkman
1981
Dweller on the Threshold 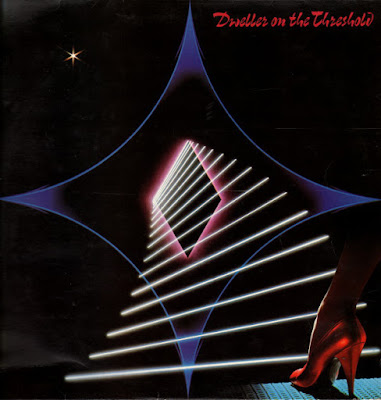 
A solo album of the well-known multi-instrumentalist (Curved Air, 801, Sky), one of those underestimated works of the early 80s, the darkest time in the whole history of progressive, a time of the reign of the punk and disco stuff. The contributors also include such famous people as Andy Latimer of Camel and Julia Rathbone - a permanent female singer for Monkman's solo. Also, on Monkman's latest album of 1998 the lead vocals are from the two of them (by the way, their voices haven't changed for all those years: a kind of severe vocal from Maestro himself and a light, dramatic Julia's voice). As it is the case with the most progressive performers at the time, Monkman did add the modern electric sound. However, contrary to the prog musicians that turned to that path, the bright, fashionable synth flashes and accentuated rhythm guitar riffs here don't disappoint, quite conversely, they bring forward openly progressive themes and arrangements.

The Dweller beginning with the vocoder and effects quickly turns into a fast, slightly dark song with remarkable rhythm section and strongly present synth intrusions. Stylistically very similar to Abacab from Genesis album of the same title, except that Dweller was written actually before it.

The second also opens with the vocoder and gives way to a fast theme not unlike the predecessor, but Francis is joined now by Julia's celestial voice. The Glamour of Emotions, the name, totally reflects the music, for there's here the glamour of the characteristic early '80s sound, coupled with the magnetic attraction that emanates from it. Parallels can be found in "Levitation", a very good Hawkwind's album of that period. Originality rests upon the vocals, that are made up of usual male and female plus a choir, which gives a pathetic atmosphere. Nearing the end, the song transforms to cristal keys supporting high vocals.

Forgive is a sort of ballad with a brought in bass and two vocals.

The Glamour of Nations is a kind of march featuring military drumming. Very uplifting, pathetic.

Learning to Live strikes the imagination with the strength and impression of the whole sound as well as fine arrangements. A lot of subtle oriental melodies with Francis singing and guitar passages from Andy Latimer. A real killer.

The next track is full of changing moods from light and rhythmic in the first part that slides into a bit slower, melancholic but energetic part with eccentric vocals that range from deep to ironic to screaming. The vocal stories unveils along with original keys themes, that then end up by a massive, overwhelming organ. The instrumental piece features more than one theme where a solemn one prevails. Psalm 23, the last track, touts only Francis' voice and synth without the others.

Summary. Dweller is a pretty typical representative of the prog of the start of the '80s but with its strong original vein. Especially impressive are the processed oriental melodies that fit in perfectly with the rest and also a successful use of wonderful female singing. Sadly though, another pearl from the crown of the prog of the 80s is virtually lost, as if it never existed. This is my answer to those proggers who lost their ears under the rush of punk and new wave. Now I understand how much a name weighs, if this album were to appear by the name of Genesis or Sky, etc. the effect would be quite different, that is, all would know this good album.
Posted by Zen Archer at 5:22:00 PM