Charles Lloyd
1970
In The Soviet Union: Recorded At The Tallinn Jazz Festival 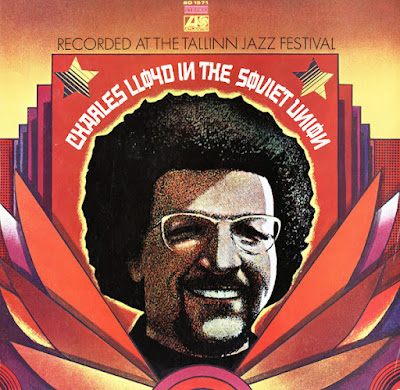 The Charles Lloyd Quartet was (along with Cannonball Adderley's band) the most popular group in jazz during the latter half of the 1960s. Lloyd somehow managed this feat without watering down his music or adopting a pop repertoire. A measure of the band's popularity is that Lloyd and his sidemen (pianist Keith Jarrett, bassist Ron McClure and drummer Jack DeJohnette) were able to have a very successful tour of the Soviet Union during a period when jazz was still being discouraged by the communists. This well-received festival appearance has four lengthy performances including an 18-minute version of "Sweet Georgia Bright" and Lloyd (who has always had a soft-toned Coltrane influenced tenor style and a more distinctive voice on flute) is in top form.
Posted by Zen Archer at 6:55:00 PM