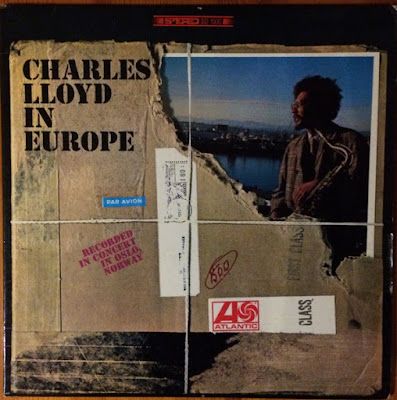 In Europe was recorded in 1966, when the group was in its prime. (Part of the album The Flowering was also recorded at the same concert.) While none of the pieces are as well-known as Forest Flower, they showcase a fairly wide breadth of the quartet's work. "Little Anahid's Day" is a lovely waltz with Lloyd on flute, while "Manhattan Carousel" is one of my favorite pieces/performances by this group - a great start-stop avant-bop piece. Cecil McBee's great bass playing is highlighted here. The prior two tunes are the highlights of the album, but the rest of the album is not without interest. "Tagore" is an intriguing, though not entirely compelling, early look at the fusion of Indian music and jazz - Lloyd provides some exotic flute noodling while Keith Jarrett plays with the strings of the piano and Jack DeJohnette lays down a slow rockish groove. "Karma" and "European Fantasy" are both out-of-tempo tone poems - the former is prettier, like Coltrane's "After the Rain", the second more avant-gardeish. "Hej Da!" is the piece known on the ECM albums as "The Crossing" or "Prometheus". The ECM versions are better.