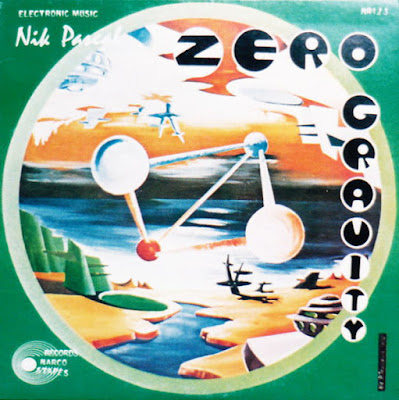 A purely electronic affair that will remind many listeners of early "Cluster' circa '72. Best known for naming his tunes after illegal substances, Raicevic produces yet another splodge and splatter ridden synth bloop album. Every sound appears to be squashed through massive reverb and filters creating an eerie and celestial feel from beginning to end. Released on the self explaining 'Narco Recordings' - it will give you an idea of what to expect.
This is free of vocal and conventional instruments throughout, just like his previous recordings. You end up with an uncompromising mid 70's melange of sound that had no chance at all of breaking the top 100 in any country. I'm quite sure that's how he'd have wanted it...

Apparently Raicevic gave up after this and sold his keyboards to up-and-coming ambient meister 'Steve Roach' who would go on to the present day producing beautiful waves of ambience.

It's such a pity he stopped here. Perhaps his brain just imploded? After all - each of his albums had a sticker attached to it reading 'Do not listen to if stoned'
Posted by Zen Archer at 12:14:00 PM